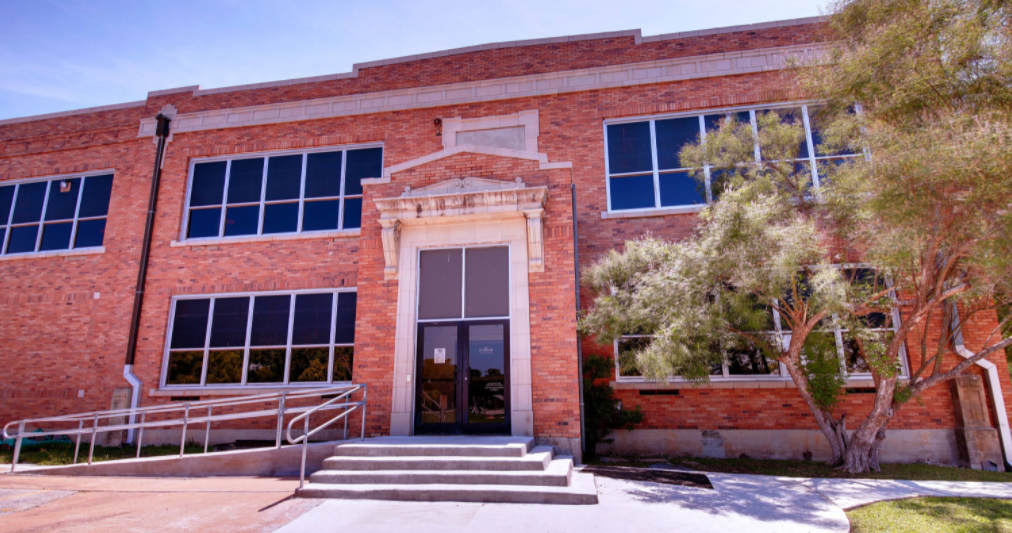 From a New York style deli with a smoky Texas flare, to southern favorites such as chicken fried steak and fried green tomatoes, and entertainment options that include live music and a vintage pinball lounge, Old Taylor High in Taylor is fast becoming a destination for travelers looking for unique shopping and dining adventures.

Nestled in the heart of one of Taylor’s historic neighborhoods, the orangish-red brick, two-story building served as a high school for the Taylor Ducks from 1923–1969, then as the middle school from 1969–2001. Today it is home to nineteen restaurants and retail shops as well as food trucks and an outdoor venue for larger events. Restored to its original 1923 design by owners Cliff and Kaitlin Olle, the historic beauty of the campus combined with the mall-like atmosphere draws visitors of all ages from across the state.

The school’s old band hall is now home to Plowman’s Kitchen, a family-owned restaurant where diners enjoy a variety of made-from-scratch dishes. Salmon croquettes, shrimp alfredo and chicken fried chicken, along with black bottom cupcakes and buttermilk pie are just a few of the favorites where breakfast, lunch and dinner are served all day.

In keeping with the band theme, the Plowmans have decorated their restaurant with photos of Taylor bands through the years, and several instruments, some of which have been turned into ceiling lights, lamps and wall art.

Sitting at a table in the spot where she played percussion in the 1960s, Pat Helbert recalled one special day during band class when she found out a new baby sister had arrived.

“Our director, Mr. Whitlow, took a phone call during class one day and then he called me to the phone,” said Helbert.  “It was my mom calling from the hospital to tell me she had just given birth to my sister, Stayci. Everyone was waiting for me to come back and tell them if it was a boy or a girl.”

Former students are often seen in the hallways looking for their lockers, and reminiscing about their school days while enjoying food, drinks, and shopping at their old campus. Twelve classrooms have been turned into apartments, providing opportunities for living in the areas where English, science and social studies were once taught.

The Loose Screw Craft Beerhouse and Garden offers 42 hand-selected craft draft beers and four wines on tap in two classrooms where many former students studied math. Featuring live music every Thursday, Friday and Saturday night, the Loose Screw is a favorite gathering place for family reunions and parties and includes an outside area with picnic tables under large oak trees.

Mallard Fare Delicatessen is another fan favorite, serving overstuffed made-to-order sandwiches, salads and mouth-watering cookies. They smoke their own meats on site and sell their deli meats and cheeses by the pound.

Located on the historic site where Taylor’s first public school building was constructed in 1884, distinguished alumni from the old high school include Elmore Torn, a future agriculturist who is now credited with starting the good luck tradition of eating black-eyed peas on New Year’s Day. His classmates knew he was destined for greatness, predicting a future in the movies. While that was not the path he took, his son Rip Torn, a 1948 graduate from Old Taylor High, and his niece Sissy Spacek, became award winning actors.

Distinguished visitors to the old high school through the years include Congressman and future president Lyndon Baines Johnson, and former Taylorite Hank Patterson, best known as Mr. Ziffel from the TV show Green Acres. Patterson spoke to his niece’s Latin class in 1953 during one of his trips home to visit family.

Old Taylor High’s connection with celebrities continues today as the campus has become a popular Hollywood filming location. Productions have included “Fear the Walking Dead” and the new “Walker” reboot as well as music videos, movies and a Showtime documentary. Cast and crew are often seen enjoying local flavors in the restaurants on campus during their meal breaks.

A visit to Old Taylor High is like stepping back in time for a fun and relaxing destination to eat, drink and play. It’s obvious that locals are proud of the new life the Olles have given their old school, and they welcome visitors to come experience the fun.

provided by:  Drew & Kim Fulton
Kim grew up in Taylor and attended school at the Old Taylor High School when it served as Taylor Middle School.

Rinse, sort, and soak peas per package directions. Heat oil in large Dutch oven. Chop onion, celery, garlic and sauté until tender. Add salt and pepper. Cut slits in ham hock and add to veggies. Sauté for another 5 min or so.  Add peas and cover with water to 2 inches above peas. Bring to a boil then reduce heat to a simmer, add bay leaf and cover with lid cracked a bit. After about 45 min or so slice jalapeño in rounds and add to pot (or leave whole if you want to remove before serving) add brown sugar, let simmer another 30 min to hour or until peas are tender. Stir occasionally and break up ham hock as you stir. Don’t overcook! Remove bay leaves add salt and pepper to taste and serve. 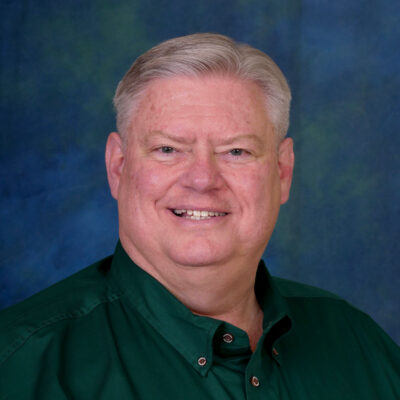 Tim Crow played trombone in the band hall that is now Plowman's Kitchen. He enjoys researching local history and sharing long forgotten stories with the community.