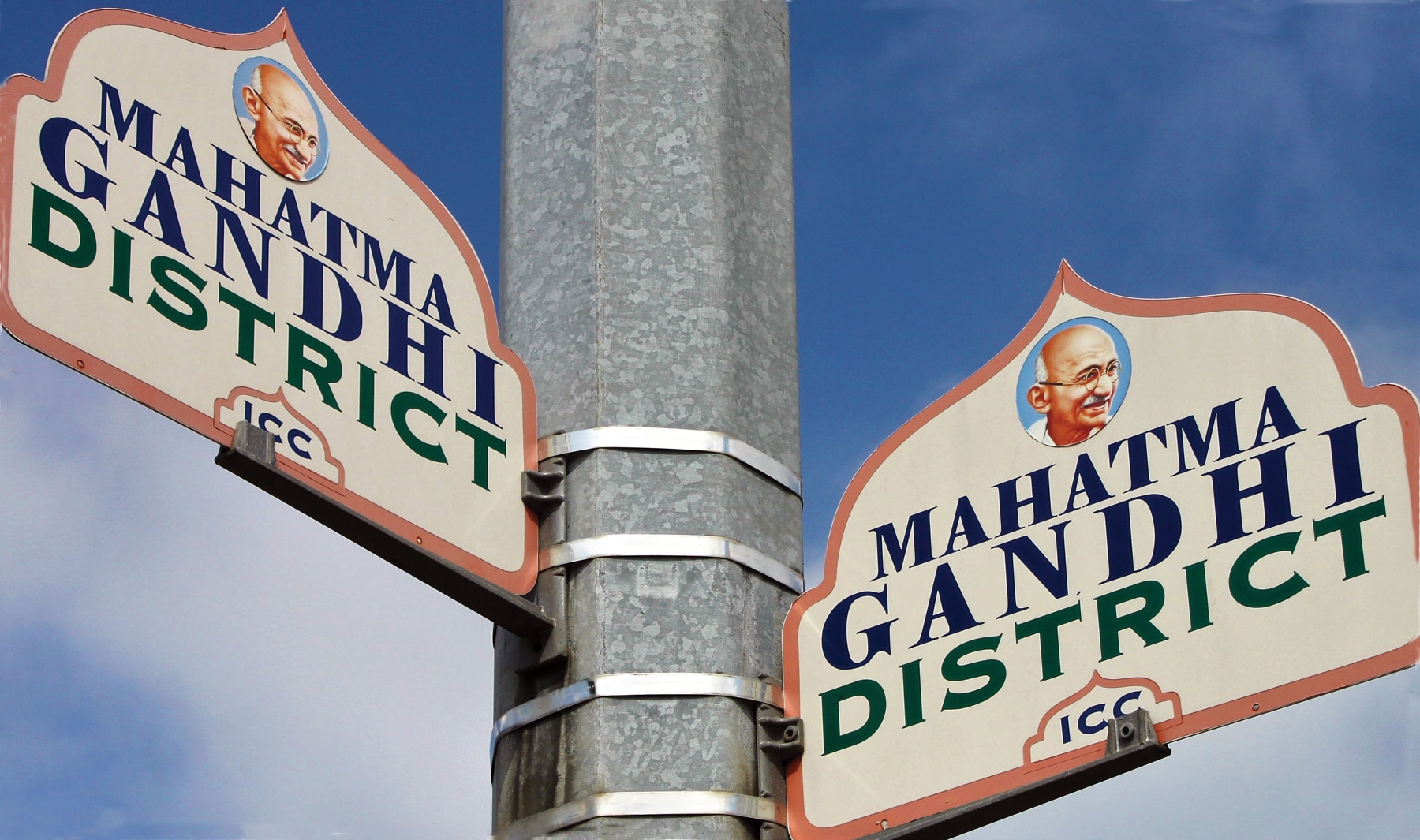 A number of Indian and Pakistani restaurants were well established when he opened his in 2004. It was exactly that concentration of all things South Asian that attracted him to the area, also still known as Hillcroft after the main street that runs through it.

“People of Indian or Pakistani origin—even if they live in Clear Lake, The Woodlands, Kirkwood, Katy, Sugar Land, Rosenberg, Richland—they all come to Hillcroft for good food,” Lashkari says. “Hillcroft is the heart of where it all hap- pens on the dining scene. Specifically, that’s the reason for me to be there. It’s an established area known for its food, for its boutiques, for its grocers—for all the things related to Indian and Pakistani culture.”

The Gandhi District is a highly commercialized triangular area bounded by Westpark Tollway and Southwest Freeway and extending a few blocks west of Hillcroft.

In the shopping centers that line Hillcroft Avenue and Harwin Drive, people from all over Houston can get their fill of tandoori chicken and other delicacies in dozens of restaurants. In this mishmash of businesses, shoppers can find saris or quinceanera dresses. In this small area, people can shop for spices and other staples at Indian grocers or diamonds and gold at several jewelry stores.

The Atlantic magazine credits Raja Sweets as being among the founding businesses that transformed the area around Hillcroft Avenue into an ethnic enclave.

The restaurant’s website boasts that Raja Sweets was the first Indian restaurant in Houston, opening in 1986.

“My dad’s motto was: Bring the streets of India to Hillcroft,” Sharan Gahunia, the second-generation owner, says on the website.

Other businesses followed, and today the area is a magnet for people seeking South Asian restaurants, grocers, jewelers, sari shops, and more. Efforts by the India Culture Center in Houston resulted in the area officially being des- ignated as the Mahatma Gandhi District in January 2010.

Many of the first Indians to come to Houston were college students in the 1960s, Uzma Quraishi wrote in her doctoral thesis at Rice University. Now an assistant professor at Sam Houston State University in Huntsville, Dr. Quarishi noted Houston’s growth half a century ago.

“As newly degreed engineers, scientists, and, increasingly, business majors, Indian and Pakistani immigrants in the 1960s and 1970s found in this expand- ing city immediate employment and a burgeoning ethnic community,” she wrote. “The ‘pioneers’—students who preceded them by almost a decade—had already established the foundations of ethnic community: organizations, public events, and a handful of small businesses.”

The majority of the Indian and Pakistani immigrants came from middle-to upper- class families from urbanized areas, she found. “Indians and Pakistanis have flocked to Houston to take advantage of its booming oil-led economy, advanced medical complex, and steady growth of jobs for engineering professionals, as well as for working-class immigrants.”

As many as 150,000 people with an Indian background now live in greater Houston, says Vipin Kumar, executive director of India House, a nonprofit community service center not far from the Mahatma Gandhi District.

Sugar Land and Katy have the largest Indian American populations, he says, but Hillcroft is a gathering place for dining and shopping.

Kumar says Houston attracts investors from India because it is a financial center and an oil and gas center.

The city and the state of Texas have courted overseas business and industry, with Houston mayor Sylvester Turner making a trip to India in November 2018 and Texas governor Greg Abbott traveling there in March 2018.

Houston’s importance to India was underscored in September when Prime Minister Narenda Modi spoke along with President Trump at a rally at NRG Stadium, attended by an esti- mated 50,000 people.

“It’s exactly the same in Karachi (Pakistan) or Bombay (now Mumbai, India) as it is in Houston—same humidity, same heat, same winters.”

Lashkari himself was reared in Karachi by an Indian father and Pakistani mother. Despite tensions between the two countries, he has never experienced problems between the two in the United States. “When we change continents, all of that is left behind. Every one lives with love and peace over here—that’s the way it should be.”

Larry is a freelance writer/photographer with forty years of experience reporting and editing with the Abilene Reporter-News.