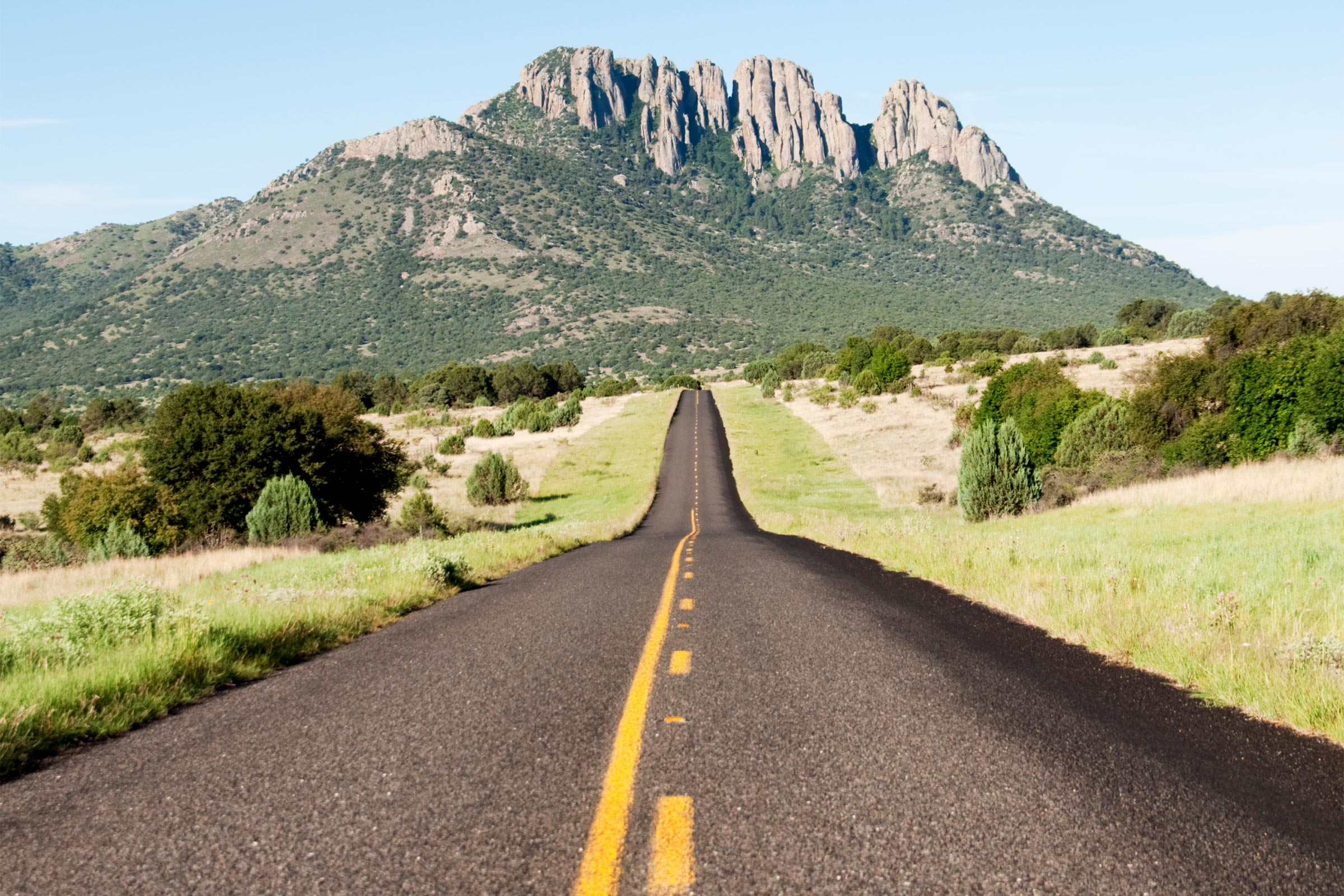 “I doubt if any 75 miles of more beautiful country could be found in Texas.”

Of the most popular destinations in Big Bend country’s Jeff Davis County, state highway 118N to Texas 166  connecting to Texas 17N for the remaining three miles into Fort Davis), the Scenic Loop—as it’s called today—is widely considered one of the most breathtaking in Texas because of its unique alpine landscape, high elevations (from 5050’ at the courthouse to 6790’ atop Mount Locke at the 82-inch Otto Struve Telescope), and deep canyons cut by creeks carrying seasonal runoff from a number of peaks over the ages. Popular with cyclists and motorcyclist, this is a must-drive highway.  The summit of Mount Locke, accessed by Spur 78, is the highest drivable point on Texas highways.

In 1927, State Senator Thomas B. Love of Lancaster, Texas, a summer resident of Fort Davis, led the legislative effort to fund a paved highway through the Davis Mountains using local labor. The highway bill’s language stated it was to be built “specifically for camping, tourism and access to a state park” (SB15, June 14, 1927).

The region’s businesses and ranching families had long been keen on the idea of a highway coursing through some of the prettiest country in Texas. However, it would take the influence of a powerful figure to coax the Texas Highway Department into funding and building a road for commercial gain way out in the mountains. Texas needed highways in the 1920s, and Jeff Davis County was not a priority. Especially one as expensive as this proposed road.

Having an influential neighbor is always helpful to one’s cause, and Sen. Love was able to introduce the bill as an emergency item in a called session, thus avoiding multiple readings, debates and markups of the bill. Flying through the Senate unanimously and encountering ineffective resistance in the House, this rare legislative tool for funding  would make Jeff Davis County a tourist destination.  The Davis Mountains State Park Highway became a legislative reality.

The bill funded the first sixteen miles, the distance from the town of Fort Davis to the top of the University of Texas’s McDonald Observatory, constructed in the late 1920s and early 1930s via a landmark bequest from Paris, Texas, banker William Johnson McDonald.

The right of way and parks that grace this very scenic drive were all donated by local ranchers and landowners. Laborers on the road started out at a wage of 28 cents per hour and after a period, were raised to three dollars a day.

In 1931, Tom Granger and Jim Walker each rigged up their four-horse teams of fresnoes and plows and began working the road, beginning at the old fort pump house, just west of the old fort going toward the current Davis Mountains State Park. It would take twenty-six years to complete the seventy-five-mile loop.

With the total cost coming in at $954,979.20, the Davis Mountain State Park Highway was officially dedicated in June 1947. A gaggle of dignitaries, two high school marching bands, area citizens, and Alpine, Texas, radio station KVLF-AM gathered at the origin of the road, bought plates of barbecue sold by the local VFW and listened to speeches

Travelers today are able to enjoy the views and majestic mountains at the picnic sites originally donated to the project. In March 1968, Texas Gov. John B. Connally dedicated the Davis Mountains State Park as Texas’s “first million-dollar state park.” The governor’s caravan traveling the full 623 miles of the Texas Mountain Trail, the first of the state’s ten new Travel Trails to be opened that spring, culminated there on March 28.

For those with an eye to history, the Scenic Loop incorporates chapters from frontier days to the Civil War, to the coming of the automobile and the history of road-building in Texas. For those with an appreciation of science and natural history, it embraces the eons-old geology of the Davis Mountains to the abundant wildlife and distinctive plants and trees of the high country. For those just looking to enjoy tight hairpins and distant vistas, the Davis Mountain State Park Highway provides them at every turn. For all, the Scenic Loop is an unforgettable experience.