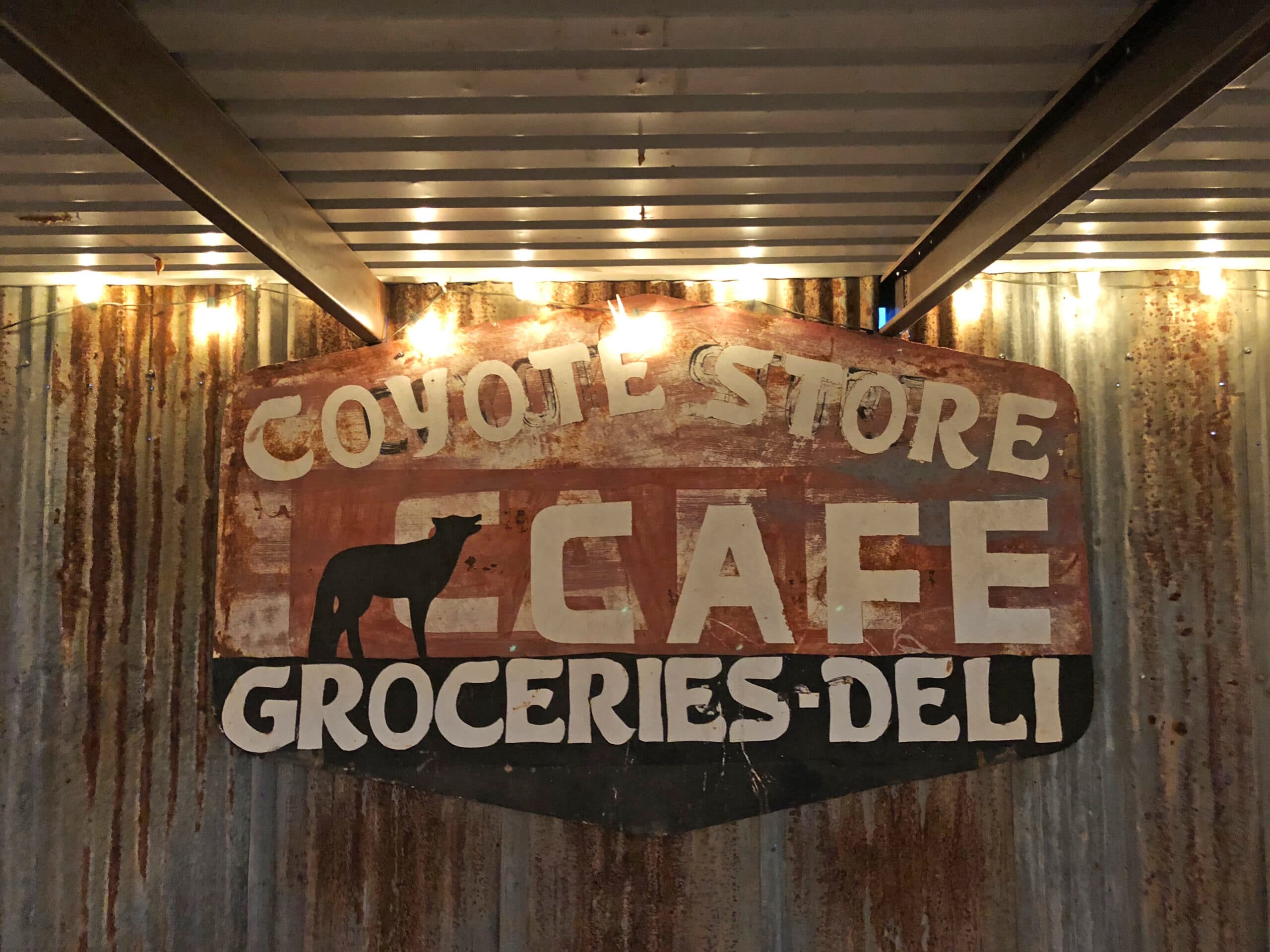 Not so Long ago, you couldn’t buy gas at the only highway crossroads in all of Borden County (pop. 648) — much less Nashville-act merch or a thick, juicy steak or a cold Shiner.

Well, it’s still true about that beer. But hometown gal and entrepreneur Becky Justice has built a destination in Gail that attracts country music veterans like the Bellamy Brothers, Janie Fricke and Doug Stone. On weekend nights you can BYOB, carve into that ribeye right off the grill and dance with your darlin’ under the West Texas stars.

The oldest of three daughters of a heavy- equipment operator and a cook for the Coyote Country Store, Justice started work at the Coyote at age 12, after her grandmother Bertie bought the establishment. Although most family members were involved in the no-gas convenience store/lunch joint in one way or another, Justice eventually skipped out to earn undergraduate and master’s degrees from the University of Texas–Permian Basin.

When Bertie’s health began to fail, the family inked a deal to sell the store to an outsider. But it fell through, and Justice made an out-of-the-blue offer to buy from her grandmother. “Much to my surprise,” Justice says, “she agreed.”

Mom’s cream pies were popular enough to attract a following, and the industrious new owner added a covered porch to expand seating from its original capacity of 42. “It was then that the vision of a stage came to mind,” Justice recalls. “We started off by calling in singers from area churches. We began offering patrons who used the Facebook Live app a free piece of Mom’s pie if they’d go online and show the world what was happening at the Coyote Store.”

Soon, a lot more was happening. A friend of country artist Jeannie Kendall (of the Kendalls) saw the social media buzz and contacted Justice, offering to have the Kendalls Rekindled perform. It wasn’t long before other stars traveling north to Lubbock and Amarillo or south to Austin found it profitable to fill a travel night in Gail.

In addition to the Kendalls Rekindled, the Bellamys, and Stone, performers like Gene Watson, Johnny Lee and Johnny Rodriguez have played the Coyote. Shenandoah and John Conlee are among the acts slated for later this year.

To accommodate burgeoning demand, Justice found an innovative way to turn the back lot into a full-fledged concert venue. One chilly day in March the ready-mix truck showed up to pour an outdoor stage and dance floor — relying on fencing salvaged spur-of-the-moment for reinforcement. Tables were welded from castoff cable spools, while a giant sand beach was being marked off by a fence made of discarded pallets. “Did you know there’s old-fashioned molasses under there?” Justice exclaims. “It hardens underneath the sand and stabilizes the surface.”

A week later, couples two-stepped across the concrete while Doug Stone’s band crooned beneath the spotlights. Pickups filled every available parking spot in town; a romantic horse-drawn carriage served as shuttle. The delicious aroma of dinner on the smoker wafted across the evening air, while dusky clouds rich as the hues of the Texas flag reflected rays of the setting sun across Gail Mountain.

The outdoor Coyote Stage can now accommodate 1,200 fans, while acoustic shows on the patio can seat 175. Of course, the original 42 indoor spots are still available for customers to enjoy.

Gail’s unique history of ranching, oil and top-performing schools is shaped by family, faith and community, Justice says. “There’s a familiarity … a bond among neighbors that one just doesn’t find everywhere,” she explains. “When you’re situated 30 miles from any doctor, bank or major grocery store, it’s important neighbors can count on one another.”

The hospitality that greets visitors at the doors of the Coyote Store is genuine. Folks have figured out it’s what makes the drive worthwhile.

As for the future, Justice’s already lining up her next season. Asked what her dream booking might be, she replies with her customary modesty and down-home candor.

“That would have to be George Strait,” she says.