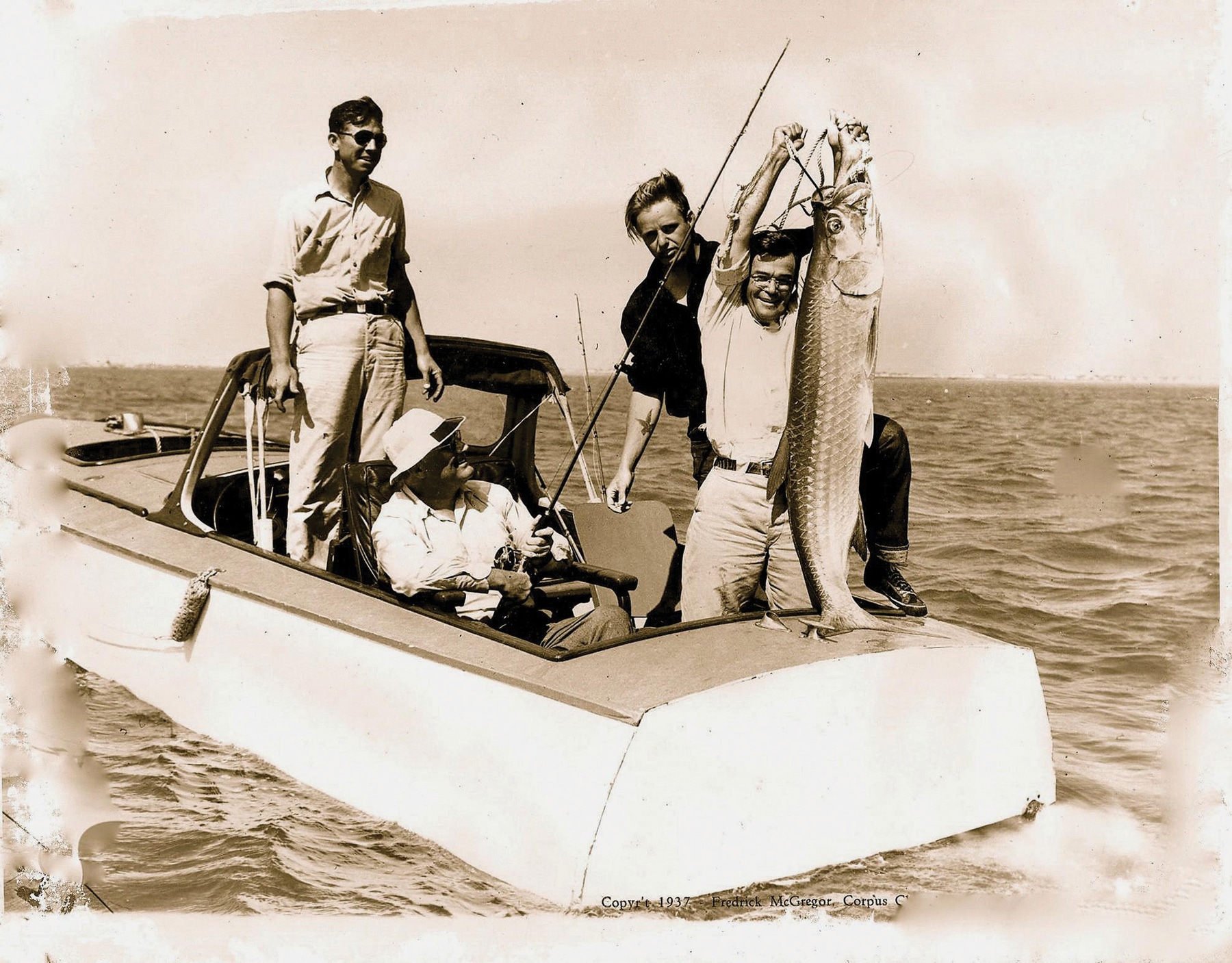 The Spirit of “Queen Bess”

When you enter the Farley Boat Works, you are immediately immersed and transported back to the era of wooden boat building. The smell of freshly cut lumber reaches your olfactory sense, and sounds of sanders, saws, and other woodworking tools fill your ears. You watch the nearly lost art of building wooden boats by hand.

Farley Boat Works is a re-creation of the original 1915 shop, where people build classic models of Farley boats or resurrect others. Although Farley Boat Works existed in several other locations, its fourth and last shop has been restored and serves as a living museum in Port Aransas, on the Texas Gulf coast. Children and teens from local schools can learn about woodworking while building their own wooden creations to take home. Farley Boat Works provides a place for people of all ages to go and learn about local history and experience an important aspect of what shaped “Port A.”

In order to educate people about the history of Port Aransas and the island culture that surrounded building boats, Rick Pratt, retired director of the Port Aransas Museum, wanted the boat works reestablished in 2011. The Port Aransas Preservation Historical Association (PAPHA) bought the structure early that year, and opened the doors to the restored Farley Boat Works building on February 7, 2012. Boat building lessons for the general public commenced the same day!

With its string of locales in Port A, Farley Boat Works is by far the oldest major boat building business in the city’s history. Most of its boats were designed open for tarpon fishing rather than with closed cabins. According to Pratt, the all-wood boats that the Farley family built were typical of the tarpon era.

(One of the most famous fishermen to go out in a Farley boat while visiting Port Aransas was President Franklin D. Roosevelt, who landed a five-foot tarpon in 1937.)

Besides the iconic Farley boats, the Farley Boat Works has facilitated over 100 different other boat builds, covering a wide gamut from kayaks and simple stand-up paddleboards to large kit boats like the Classic 19 Express. The kit boats arrive as a pallet of 4 x 8 sheets of plywood cut into jigsaw pieces, ready to assemble into a classic cabin cruiser at a fraction of the usual purchase price.

Multimedia presentations on display throughout the build- ing describe and document boat building projects like the Port Aransas Skiff and Gulf Coast Scow Schooner. A replica named Lydia Ann, inherited from another nonprofit in 2015 represents the first scow schooner being built in over a century. When it’s finished, Pratt envisions the Lydia Ann schooner eventually being used for historical sightseeing tours through the jetties and around Port Aransas.

Volunteers are crucial to such building projects, Pratt says. In the off season, Winter Texans like Steve Potter make up the majority of volunteers— putting in their time at the “husband daycare center.”

If you are interested in building a Port Aransas skiff firsthand, you can purchase all the materials to complete a boat from Farley Boat Works. Prepare to spend ten to eighty eight-hour days on your feet, depending on the number of friends and family you can involve. Farley Boat Works provides all the building materials except primer and paint. “We offer the tools, the advice, and a willing hand to help you build your own boat,” explains manager Dan Pecore. “You supply the elbow grease.”