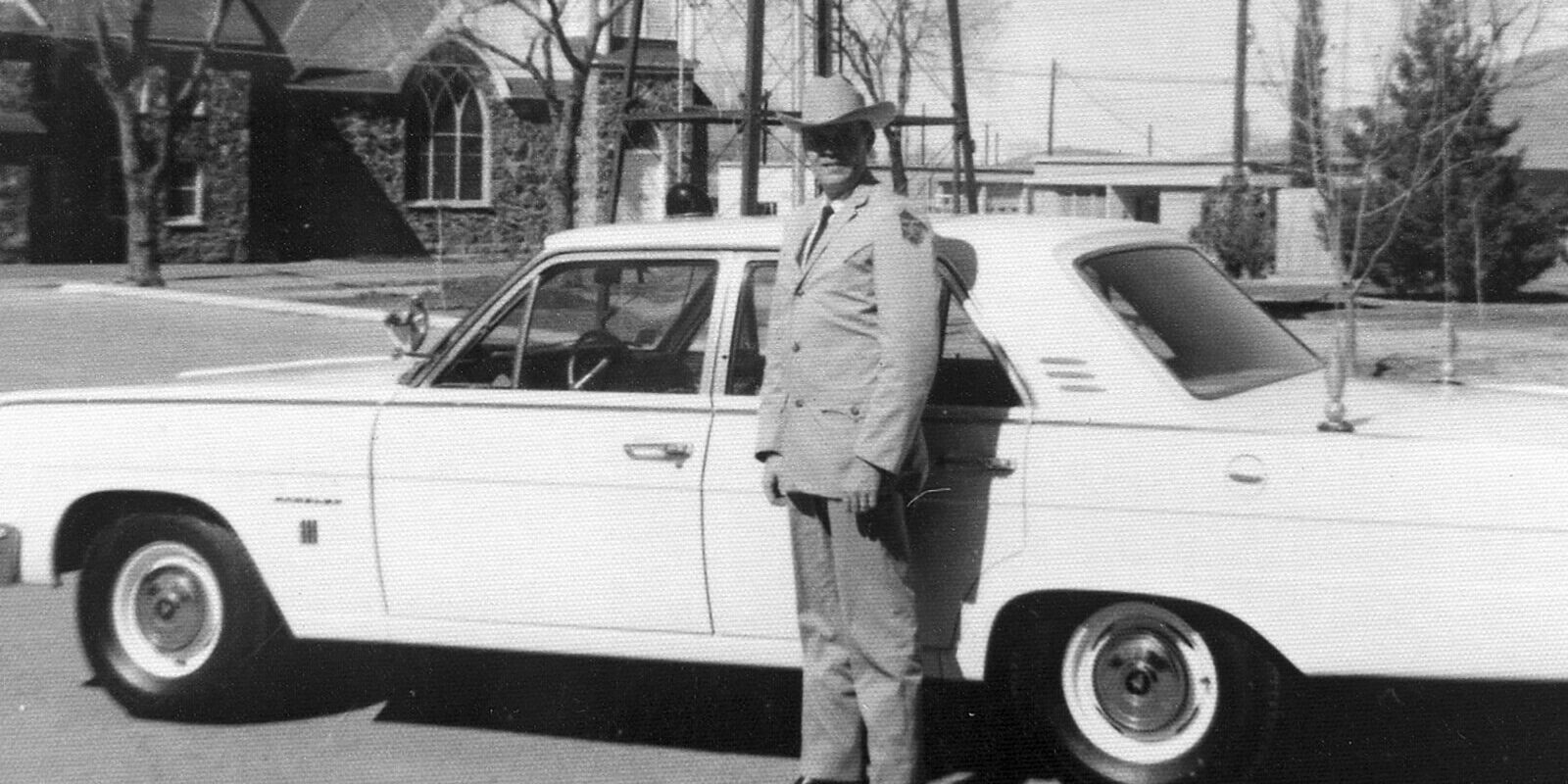 Using the words of noted historian Lonn Taylor in his forward for retired sheriff Carl Williams’ book: “More than a Badge; Rough Country, the Law and Me”, Taylor writes; “To meet him you would never think that 50 years ago he served as the sheriff of the largest and one of the most lawless counties in Texas.”

Born in Marfa in 1934, Carl Williams spent his formative years in Presidio, Marfa, Alpine and Fabens, then served 35-plus years in law enforcement. After earning a degree at Sul Ross, Williams became a Deputy Sheriff in El Paso County. Subsequently he was accepted to the Texas Department of Public Safety (DPS) Highway Patrolman Academy. Upon graduation from the academy, he was assigned to Van Horn and in the late 1950’s was transferred to Alpine. In 1964 Carl ran and won his first race for the Brewster County Sheriff’s office. In 1970 Carl became one of the first members of the Texas Commission on Law Enforcement Standards and Education and moved to Midland where he still resides.

Recently I had the opportunity to visit with this authentic “Texas Personality.”

Carl Williams was not, by any measure, an imposing Texas sheriff. He’s average in height, average in weight, and most times amicable. Most times.

Sheriff Carl Williams was a keeper of the peace. Part of his demeanor was his ability to form relationships and clearly communicate. He represented the law. He became sheriff at the request of influential individuals who wanted to see a more modern approach to law enforcement at the time. He did win the election. “I always wanted to be a sheriff! As sheriff, you are part of the community.”

Sheriff Williams knew how to take charge. Whether it was a drunk who was wielding a weapon and threatening to kill someone, a domestic dispute that had a whole neighborhood up in the middle of the night or serving a warrant on a local bad actor known for whipping cops, Sheriff Williams never lost.

“One night there was a dance and inside there was this actor who had a rifle, drunk, threatening to shoot anyone including my deputies and other lawmen.  He pretty much had everyone cornered. I arrived, walked in and gave him his options; Give me the gun and get in the car, you’re going to jail. I had to repeat myself one more time. To the astonishment of all the patrons and lawmen, he put the gun down, dropped his head, and we walked to the car, no issue.”

I asked Carl what it was about him, that he could get these kinds of results.  His answer, “no fear.”

Brewster County is the largest county in Texas and in 1965, the entire population might have numbered 7,700 citizens, with the town of Alpine home to most of the county’s residents. The rest lived along the river boundary, Big Bend National Park, along with several other small communities.

This part of the county, to some people, represented the frontier. A no man’s land. To him, it was part of his duty and he made sure to maintain good relationships. “Back then the river only represented a barrier, not a boundary.”

We talked about an unsolved crime on his watch. In a somber, somewhat resigned tone, the Sheriff said, “Chartreuse Lady. We found an un-identified body and worked tirelessly to gain an identity. We used a doll and the clothing  to re-create the dress she died in. No person could provide a clue and by the time DNA collection was viable, the bones had already been disposed.”

Closure is really important for both the victim’s family and the investigator.

For more on Sheriff Carl Williams, his book “More than a Badge: Rough Country, the Law and Me” was published in 2018 and is available at many bookstores around the state as well as for purchase online. Part I of the book is biographical with stories of Williams’ life and career in law enforcement. Part II is a history of all the sheriffs of Brewster County, a gallery of some of those who worked with Williams and concludes an “End of Watch” section for those who served in the Trans-Pecos area.