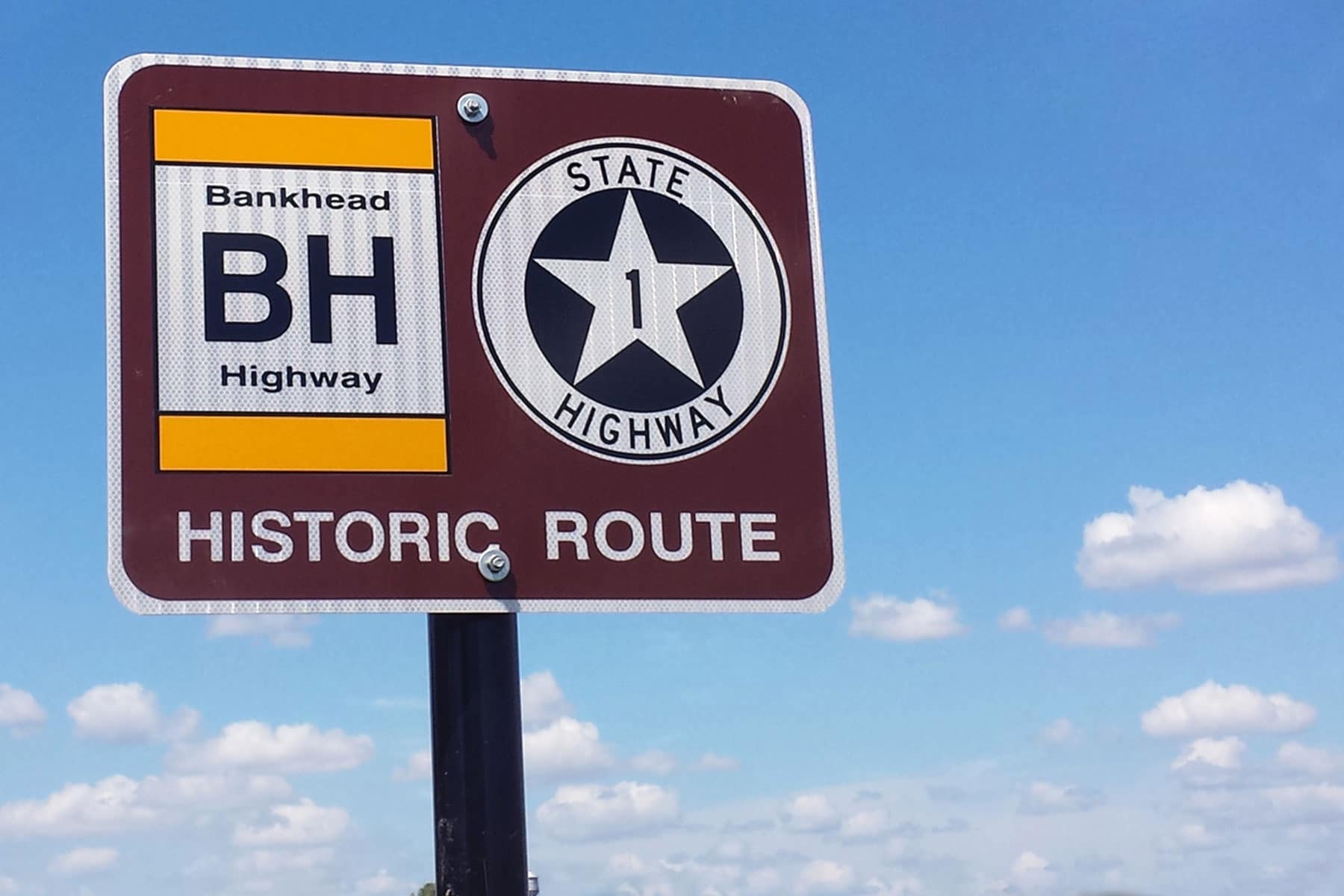 One of history’s ironies is how weather expert Dan L. Smith came to write the only book still in print about the Bankhead, America’s first transcontinental all-weather highway.

A native Floridian, Smith came to Texas in the 1970s to train meteorologists for the National Weather Service in the Fort Worth regional office. As an avid bicyclist Smith took regular rides around the countryside outside nearby Aledo and one day noticed an old street sign for the Bankhead Highway beside a bridge.

Thirty years later Smith remembered that old sign, but like most Texans, he didn’t know the rich history of the Bankhead. Along the way he explored the full length of the highway and discovered its origins.

Back at the turn of the 19th century, before automobile culture and the highway system Americans take for granted, Smith learned, a bicycling organization known as the League of American Wheelmen championed smooth, safe roadways in the era before motorcar ascendency. It was their desire for good roads that led to the formation of Good Roads organizations—and the Bankhead Highway Association, which created the highway that would become Smith’s muse.

Smith’s book was originally done as a collection of maps, because his interest paralleled those of the first pathfinders who mapped out the highway for travelers. “I wrote the book to tell people how to drive across Texas on the old Bankhead Highway,” he explains. His idea had begun at a Chatauqua held at the Taylor County History Center where he met Joe and Alice Specht, both head librarians at their respective universities; Joe at McMurry and Alice at Hardin-Simmons. The Spechts shared their collection of old Bankhead Highway postcards and encouraged Smith to put his research into a book.

Unknown to Smith as he began his project, Texas was preparing to celebrate the 2016 centennial of the Bankhead Highway. He was contacted by the group contracted to do a study on the Bankhead because they wanted him to map the original route of the highway.

As he progressed on the draft, Smith connected with Richard Weingraff of the Federal Highway Administration, who provided him a trove of material related to the Bankhead. In a box Smith found a copy of the original guide to the Bankhead, portions of which he was able to reproduce in his book, self-published in 2013 as Texas Highway No. 1: The Bankhead Highway in Texas.

Smith created the book’s maps—sixty pages of them!—using Texas highway and county maps from the 1930s that he modified in Photoshop to show how the original route lines up with current highways.

Aside from giving talks and presentations based on the book, Smith also does road tours of the Bankhead and is actively involved in a project to place reproductions of the original Bankhead Highway signs along the Old Bankhead’s route across Texas. He says the best part of his passion for the highway are the opportunities he has to show and tell the history of the highway to people around the state.

Smith’s wife, Carol, his companion exploring the old Bankhead route, has helped him meet many of these people. “She has also been a patient listener to my many thoughts on the subject,” Smith said.

It’s still a mystery to Smith that so many people are interested in not only the highway but also in his book about it. Smith’s Facebook page for the Bankhead includes information on when and where he will be speaking—usually at schools, churches, and museums and for civic organizations around Texas—and it’s there he sells most of his books.

“Almost every town in Texas has a museum, including many along the Bankhead route,” says Smith, who has paid visits to dozens of interesting stops during the course of his research and book tours and considers these places to be “the jewels on the necklace of the old Bankhead.”

He notes one of his favorite stops along the old highway: at Lovers’ Retreat west of Palo Pinto, adventurers can still find the highway just off Texas Highway 180 where people used to come picnic and spend a day in the country. It was spots like this, says Smith, that were the beauty of the Bankhead in its heyday. The old highway, Smith feels, restores a fascinating variety to what is today’s great sameness in travel and tourism. The Bankhead Highway made rural America accessible a century ago in a way never before possible, and we know about that America again thanks to a bike ride and an old street sign.