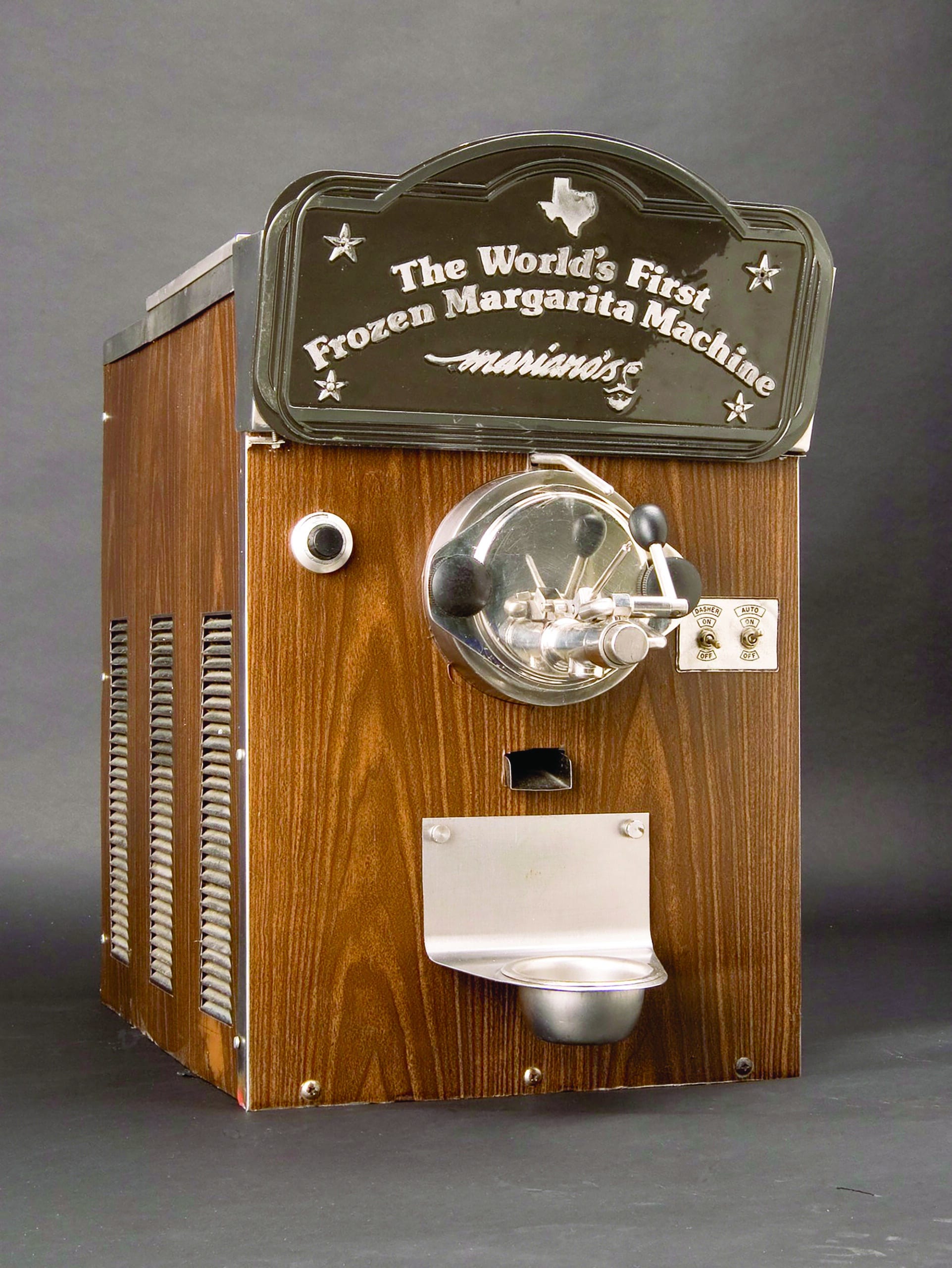 Origin stories are usually pretty hard to nail down. Who was the first to stir up a martini? Who was the first to make lemonade? But all Texans can take pride in the documented fact that on May 11, 1971, restaurant owner Mariano Martinez served the first frozen margarita from a margarita machine in Mariano’s Mexican Cuisine in East Dallas.

Intriguing stories abound regarding the creation of the margarita cocktail; you can read one which we heartily subscribe to in this issue’s article on remembering Galveston’s Balinese Room!  We do know that the margarita—a mixture of tequila, lime juice, and orange liqueur served in a glass with salt on the rim—was mixed in bars along  the Mexican border in the 1940s and became a standard beverage in Mexican American restaurants. In the 1950s, margaritas blended with ice and known as frozen margaritas, became popular.  According to the National Museum of American History, “by the 1970s, the margarita had surpassed the martini as the most popular American cocktail.”

The challenge in making a frozen margarita was the time-consuming task of creating the drink in a blender and getting consistency in flavor – especially when the bartender was serving large crowds. Fifty-one years ago this year, Texan Mariano Martinez solved this challenge.

The authenticated story goes that with just $500 and a small business loan, Mariano Martinez started Mariano’s Mexican Cuisine in East Dallas in 1971. Mariano also had his father’s margarita recipe which had been perfected since the days when the elder Martinez worked at a speak-easy in San Antonio. On opening night at Mariano’s restaurant, customers were encouraged to order margaritas that were made from the family recipe. A night or two later, it became apparent the bartender couldn’t keep up with the demand for frozen margaritas.

Inspiration for how to quickly produce a consistently good margarita came during a stop at a 7-Eleven convenience store. Watching kids get a Slurpee, Martinez realized he needed a similar machine. He purchased an old soft-serve ice cream machine and with his friend Frank Adams began tinkering with the machine. Martinez also consulted with chemist John Hogan as adjustments were needed for the margarita recipe to work with the machine.

On May 11, 1971, the machine made its public debut and with the pull of a lever the machine successfully changed history for frozen alcoholic drinks. Others quickly jumped on the concept; Martinez never obtained a patent or trademark on his machine.

The original frozen margarita machine lasted for about ten years and can now be found at the Smithsonian National Museum of American History.

To get a taste of history for yourself, visit Mariano’s Hacienda (the original restaurant in Dallas) where you can enjoy traditional Tex-Mex dishes and of course, one of the famous frozen margaritas. And be sure to document the event with a selfie!