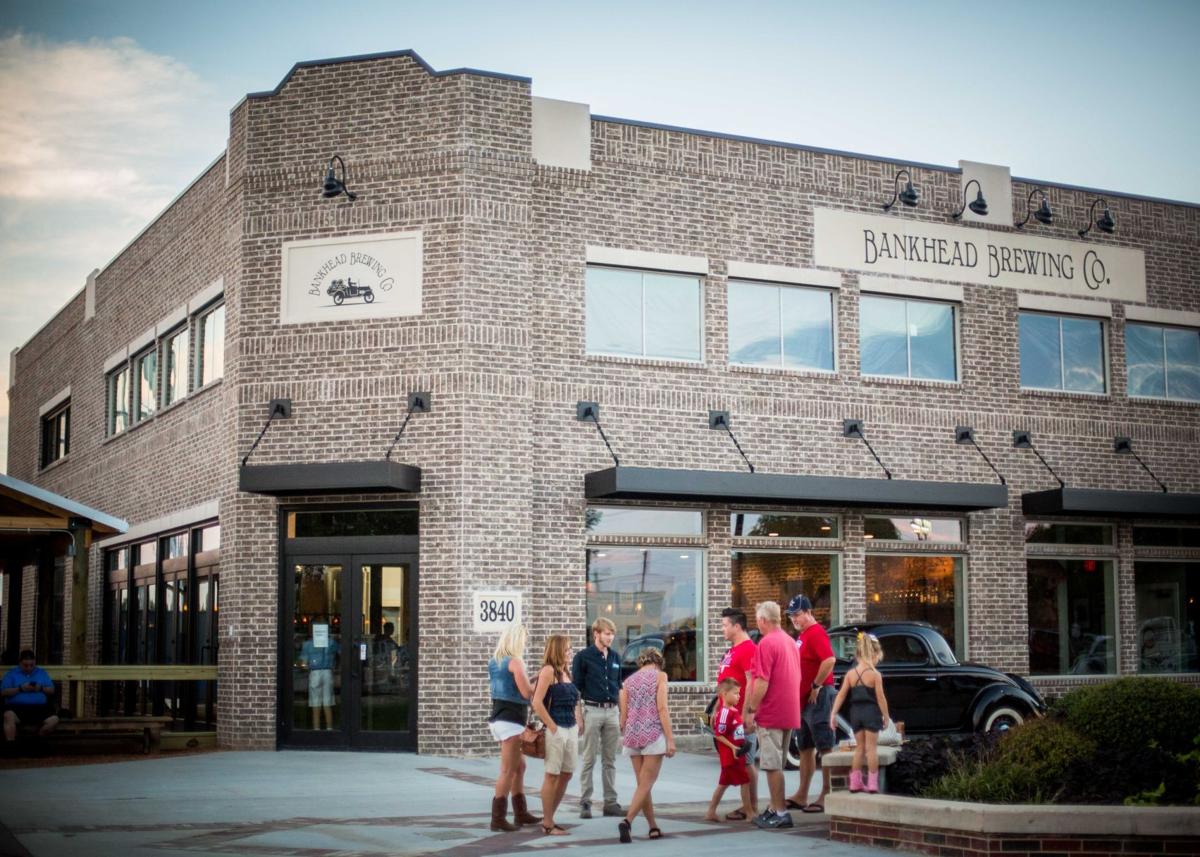 About 20 miles north-east of downtown Dallas, Bankhead Brewing Company is serving as the flagship dining and drinking experience for the downtown Rowlett revitalization. The brainchild of veteran chef Kevin Lefere and brewmaster Ryan Pyle, Bankhead Brewing Co. combines hundreds of years of history with a fresh take on craft brewing in Texas.

The brewpub gets its name from the historic Bankhead Highway, a transcontinental route built in 1916 that extended from Washington, D.C., to San Diego. More than 850 miles cut straight across Texas, including through downtown Rowlett.

“Upping the quality” — that’s Bankhead’s mission when it comes to the growing brewpub scene in Texas, says brewmaster Ryan Pyle. “People are starting to appreciate better beer in Texas.”

Historically, Texas has been a little behind the curve in the craft brewpub world. The state is 48th in brewing on a per capita basis, compared to smaller states like Oregon, which is fifth. And if you remove the growing beer scene in Austin from the mix, the landscape feels even more barren.

But you wouldn’t know it from the bustling crowds visiting Bankhead, located conveniently a few blocks from the DART station and George Bush Turnpike. “We definitely see people coming in, and it’s not just, ‘Gimme a beer, something light,’” Pyle says. “They know what they’re coming in for. And if they’re interested in the process, we train our staff to take them back to the brewery and show them what we do. We do tours whenever.”

That “open invitation” policy created a following in the small community. And it translates to the kitchen, too, which is behind the bar and plainly visible for patrons to watch chefs at work. At the center of the culinary experience are two pecan-fired ovens that cook nearly everything in the restaurant. “It definitely ups the flavor and makes every dish unique,” Pyle says. “Even the soups and pastas are cooked in those ovens.”

Visitors can enjoy an eclectic menu featuring crowd favorites like brisket cheese fries and the “street taco pizza.” Sandwiches, salads and more round out a menu that’s as diverse as America itself. You’re also likely to find new specials starting every Friday (with a matching craft beer suggestion, of course).

In the brewery, Pyle and fellow brewer Chad Mosier constantly work on offering unique brews inspired by regions all over the world. “We have an RO water system, so we basically build our water for every batch we do,” Pyle says. “It allows us to do a Bohemian pilsner with really soft water, or a German pilsner with hard water. Or now the trend is Northeastern IPAs, and we can do those as well as West Coast by changing the water. It really helps us dial in the flavor.”

It’s a level of care and delicacy that helped Bankhead bring home numerous awards in 2017, only one year after opening. The venue won two Grand Champion Awards from the United States Beer Tasting Championship, as well as gold and bronze awards at the Best Little Brewfest in Texas and a silver at the U.S. Beer Open.

Not bad for a brewpub that still hasn’t quite celebrated its second birthday. But you won’t find Pyle trying to safeguard his secrets. In fact, he runs the Rockwall Brewers Association and routinely helps coach brewers both young and old. “A bad brewery experience can make every brewery look bad,” he says. “And Texas should be known for the best beer in the country.”