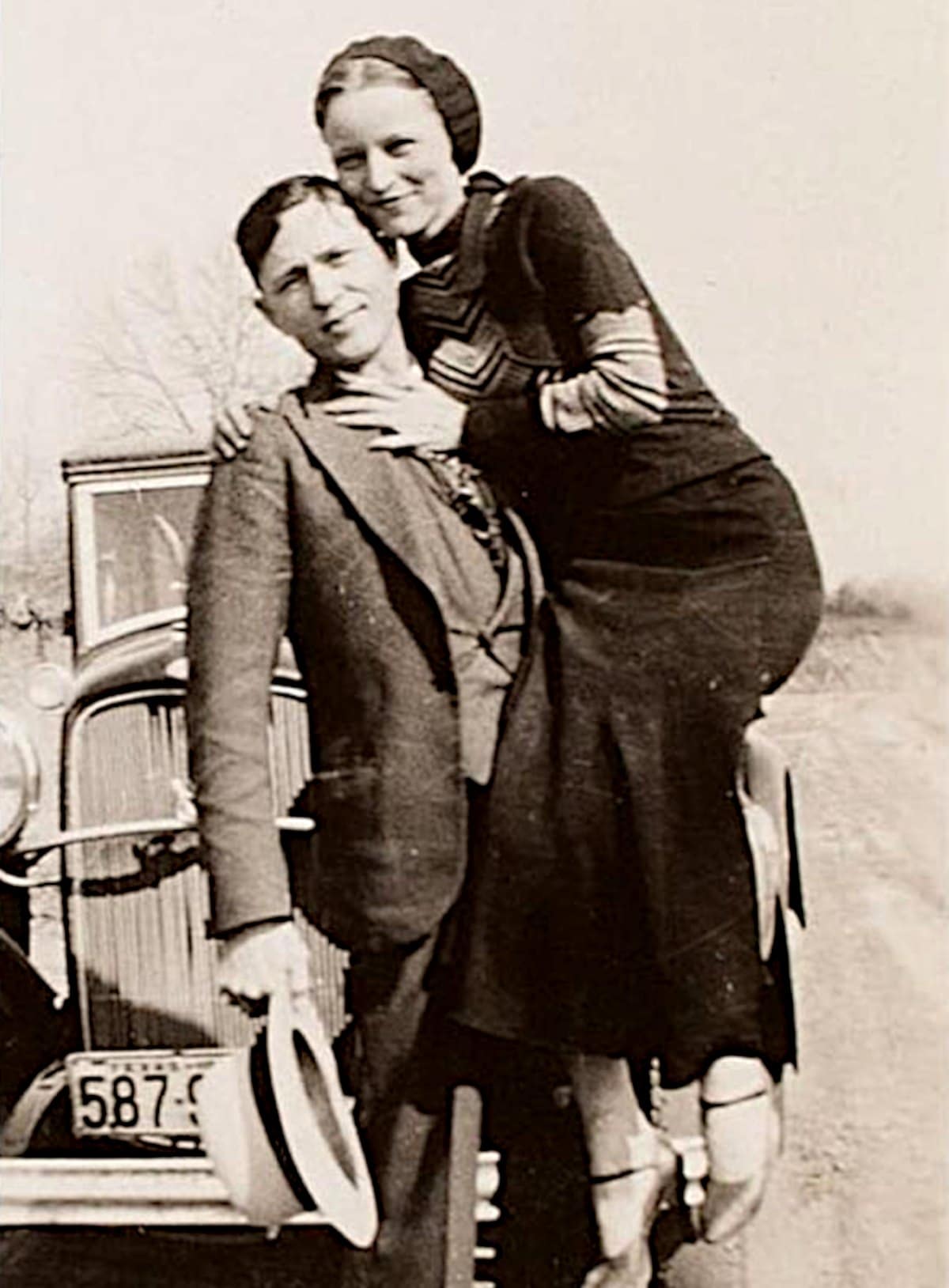 Outlaw Will Carver Gunned Down in Streets of Sonora

None were more famous than Clyde Barrow and Bonnie Parker of Dallas. Beginning in 1932, Bonnie and Clyde and several others formed a gang which perpetrated a series of violent holdups in the Southwest and Midwest, murdering a dozen people in the process. They were constantly on the run, committing one robbery after another while staying one step ahead of the law. As the manhunt intensified, Governor Ferguson’s mail bag was full of helpful suggestions from citizens on how to catch the notorious pair. Correspondence which is now in the archives, such as a 1934 written by one W. D. Hawkins, provides an invaluable snapshot of public opinion in the past.

Barrow had a previous history running afoul of the law. A convict ledger in the State Archives documents individuals who entered the State prison system. Barrow is one of those documented, assigned convict number 63527. His entry details his appearance, drinking habits, the nature of his crime, and fate (up to that time). Convict ledgers are excellent sources for genealogical information about the persons listed.

Finally, Governor Ferguson and the head of the Texas prison system hired former Texas Ranger Frank Hamer to track down the outlaws. On May 24, 1933, Hamer tracked Bonnie and Clyde to Arcadia, Louisiana, where he arranged an ambush. As has been immortalized in numerous stories, songs, and films, Bonnie and Clyde were killed in a barrage of 167 bullets.

Nearly 100 years later, Parker and Barrow remain among Texas’s most infamous outlaws. Though they tried to hide, these historical records are not hidden—on the contrary, they are among the thousands of historical documents, photographs, film, and more that the team at the State Archives works to preserve, describe, and make available to the public 365 days a year.