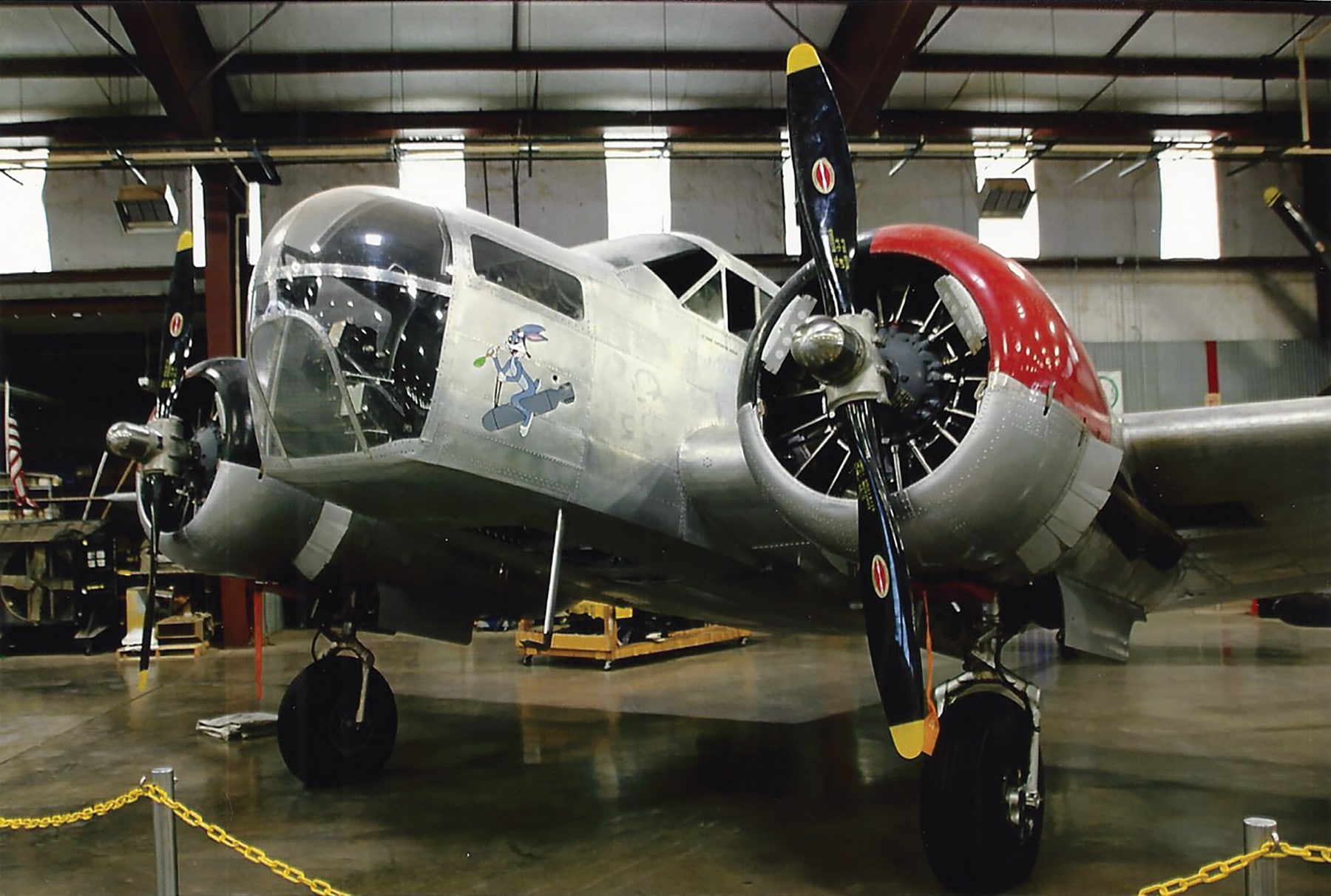 THE KANSAN Nicknamed for the location of the aircraft plant where it was manufactured (Wichita, Kansas), this 1942 Beechcraft AT-11 Kansan bombardier is a favorite backdrop for group photos at the Midland Army Air Force Museum. | Courtesy H. A. Tuck, Jr.
0 Shares
0

Midland, Texas, in the center of oil country in the Permian Basin, has a long history with aviation in the Lone Star State. Sunny skies, flat terrain, and good weather made for excellent conditions during the infancy of flight, and continued to attract experimenters. Though today the city is a key center for commercial flights (and aspirations for space!) as well as general aviation, especially for the petroleum industry, its earlier role as a hub for military aviation is preserved in a museum founded in 2016 alongside the busy airport.

As early as 1911–12, less than a decade after the Wright Brothers’ historic flight, Midland was a landing spot for an early, and successful effort to fly across the United States.

Two Midlanders who witnessed that early aviator, Blacksmith John Pliska and Gray Coggin, a mechanic and chauffeur, decided they, too, could build an airplane.

Their craft flew several times before design flaws took their toll, and even- tually the plane was hoisted into the rafters of a local blacksmith shop. It was later restored by local aviation enthusiasts and put on display at Midland’s commercial airport—and today soars, as if in mid-flight, above the publicly accessible baggage area of the Midland International Air and Space Port.

Midland’s first accommodation for aircraft was to install beacons along U.S. Highway 80, originally established in 1916 as the Bankhead Highway, the nation’s first all-weather coast-to-coast highway.

When World war II broke out in Europe in 1939, the fledgling United States Army Air Corps began looking for suitable training sites. The following year Midland city officials agreed to turn their new airport over to the military. Construction quickly started for what would be called Midland Army Air Field. It was charged with teaching young men to become trained bombar- diers.

The first class of cadets began train- ing on February 6, 1942. Their training was intensive and fast-paced, covering principles of flight, meteorology, navigation, and radio systems. Once they got past all the basic ground courses, their real training was in twin-engine aircraft: a version of the prewar Beechcraft with distinctive twin tails and fitted with a clear plastic nose cone, bomb-bay openings, and two bomb racks.

Practice targets were placed widely around Midland and the neighboring cities of Big Spring and San Angelo. A story in the Midland Reporter-Telegram in mid-1942 notified local residents that, effective immediately, bombardier flight training missions to the bomb targets would be taking place seven days a week, twenty-one hours a day. Flights would take place in segments so cadets could experience both day and night missions. These training flights took place at 10,000 feet altitude with the bomb targets a third the size of the expected enemy targets. Painted rocks and flimsy wooden structures simulated targets sought by Allied bombers flying at 30,000 feet or higher. Simulated targets included railroads, ships, munitions factories, dams, refineries, and even Tokyo Harbor!

By mid-1945, when Midland Army Air Field and other bases like it had graduated more than enough bombardiers, training was cut back. But by then MAAF had become the largest bombardier training base in the United States, graduating more than 8,000 cadets in three years.

Midland Army Air Field ceased operations soon after the war, and the facility was turned back to the City of Midland for civilian service while air bases in San Angelo and Big Spring continued operations. (Only San Angelo’s Goodfellow Air Force Base still operates today, but with a different mission.)

The Commemorative Air Force (CAF, originally Confederate Air Force), created in Texas in 1953, launched a mission to collect one of each type of aircraft operated during World War II. The High Sky Wing of the CAF, based at Midland International Airport, was organized in 1991. It is currently assigned six aircraft by the CAF, which it restores, maintains, and flies frequently.

Today, these High Sky Wing aircraft, along with several privately-owned “war- birds,” are based at the High Sky Wing hangar at the Midland International Air and Space Port. The unit also boasts a distinctive collection of restored aircraft, including a number of Vietnam-era aircraft, an F-14 Tomcat that survived aerial combat, a British Fairy Swordfish, a Russian Polykarpof, and a MIG-15, representing a fascinating segment of the world’s aviation history.