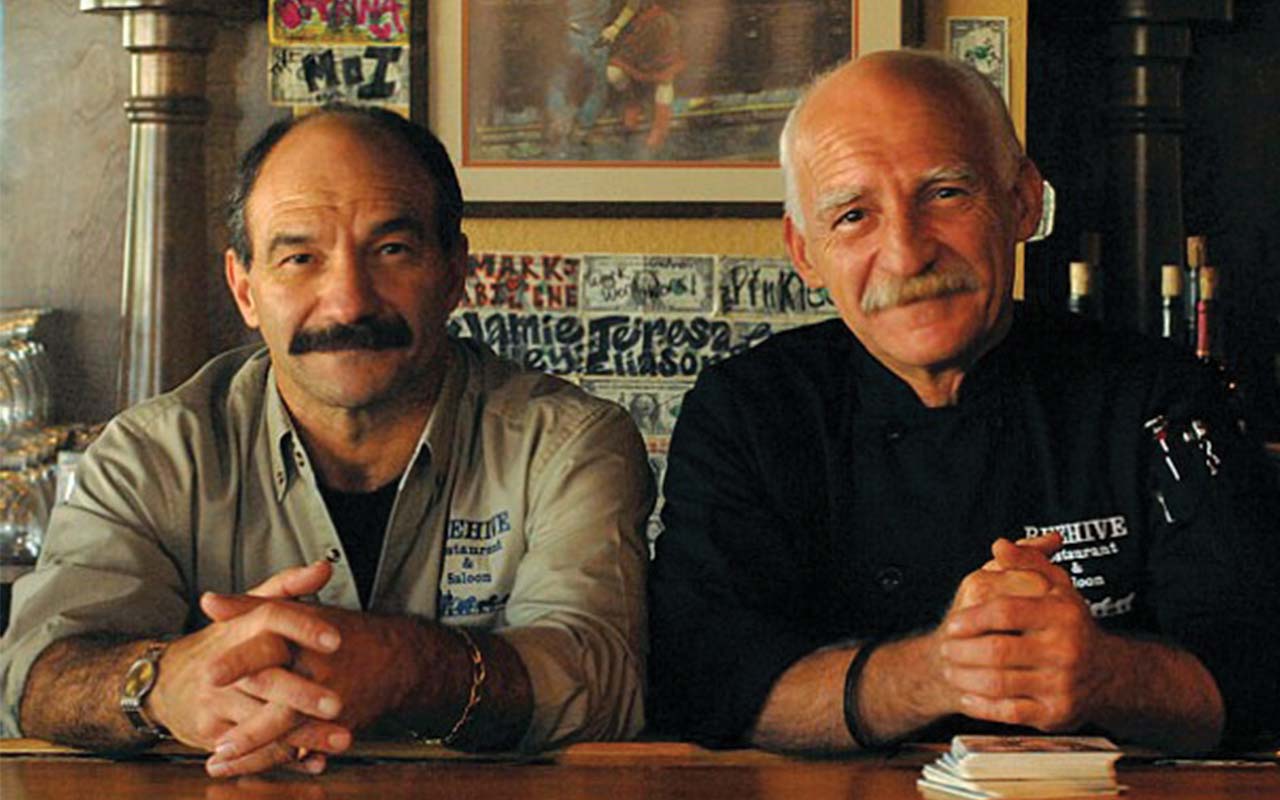 OLD WEST BUZZ The rustic walls and boardwalk of the original Beehive Restaurant & Saloon, in Albany, Texas, hark back to the frontier days of old Fort Griffin. | beehivesaloon.com
0 Shares
0

Ali and Nariman Esfandiary may not sound like typical Texas names, but try telling that to the thousands of more-than-satisfied diners who have chowed down on the duo’s chicken fried steak, ribeyes, pork chops, and so much more at one of the Beehive restaurants owned by the Iranian natives.

“As Texas As Longhorns,” Southern Living magazine once proclaimed.
“This restaurant in the windswept West Texas town of Albany is the best country steakhouse in the state,” Texas Monthly boasted.

Today, there are two Beehive Restaurants to rave about. The original opened in Albany, located about thirty-five miles northeast of Abilene, in 1982. The Esfandiary brothers later added a second restaurant in Abilene in a building that was renovated to resemble the original.

Both locations serve as the perfect spots to celebrate Texas history, great food, and an appreciation of the immigrants who have added to the state’s cultural and culinary diversity from its beginning. Both Esfandiary brothers will tell you that that have been graciously and enthusiastically welcomed to this stretch of Texas since they arrived.

“We didn’t have any problems,” Nariman, the younger brother, said.

And it’s no wonder. Both brothers did military service at Dyess Air Force Base in Abilene after leaving their home country. Ali arrived in America first in 1968, at age 17, and Nariman followed in 1972. Their parents, Jamshid and Rosa Esfandiary, were becoming concerned about the political unrest in Iran and began thinking about how the family of six could leave the country. Jamshid had close family ties to Shah Mohammad Reza Pahlavi. When things began unraveling for the Shah, Jamshid and Rosa started planning.

Ali was sent to San Jose, California, and started college. He also worked illegally at night in restaurants and hotels. When he was threatened with deportation, Ali left for Kansas City, Missouri, and started college again, working quietly on the side. Eventually, all the family left Iran and settled in Kansas City. Ali met his future wife, Patty, there.

Looking for a better life, Ali enlisted in the Air Force and was stationed at Dyess. After four years of military service—and earning his American citizenship—Ali left the military.

Both Ali and Patty worked at various jobs until coming across a restaurant that was for sale in Albany, the Fort Griffin Merchandise Restaurant and Beehive Saloon. They bought the restaurant and became culinary stars in Albany—and eventually well beyond. Nariman later joined the enterprise, and the rest is history.

But the brothers’ history is just part of the heritage of the two Beehive restaurants. The original in Albany is located at the site of a general merchandise store and saloon that served historic Fort Griffin near Albany and the town that grew up around it. The bar in the Albany restaurant was the old soda fountain in the store.

“The Beehive Saloon was a very famous saloon back in the day,” Nariman said. “All the outlaws used to hang out there.”

“Infamous” might be a better word. The saloon was well known for the upstairs “pleasure house” and drew legendary names like Wyatt Earp and Doc Holliday, according to a Texas historical marker.

Today, both Beehive Restaurants are known for outstanding food and service, charming decor, and the welcoming smiles from the owners. The experience has been great so far, and the owners expect it to only get better.

“Every day is a new day,” Nariman said.