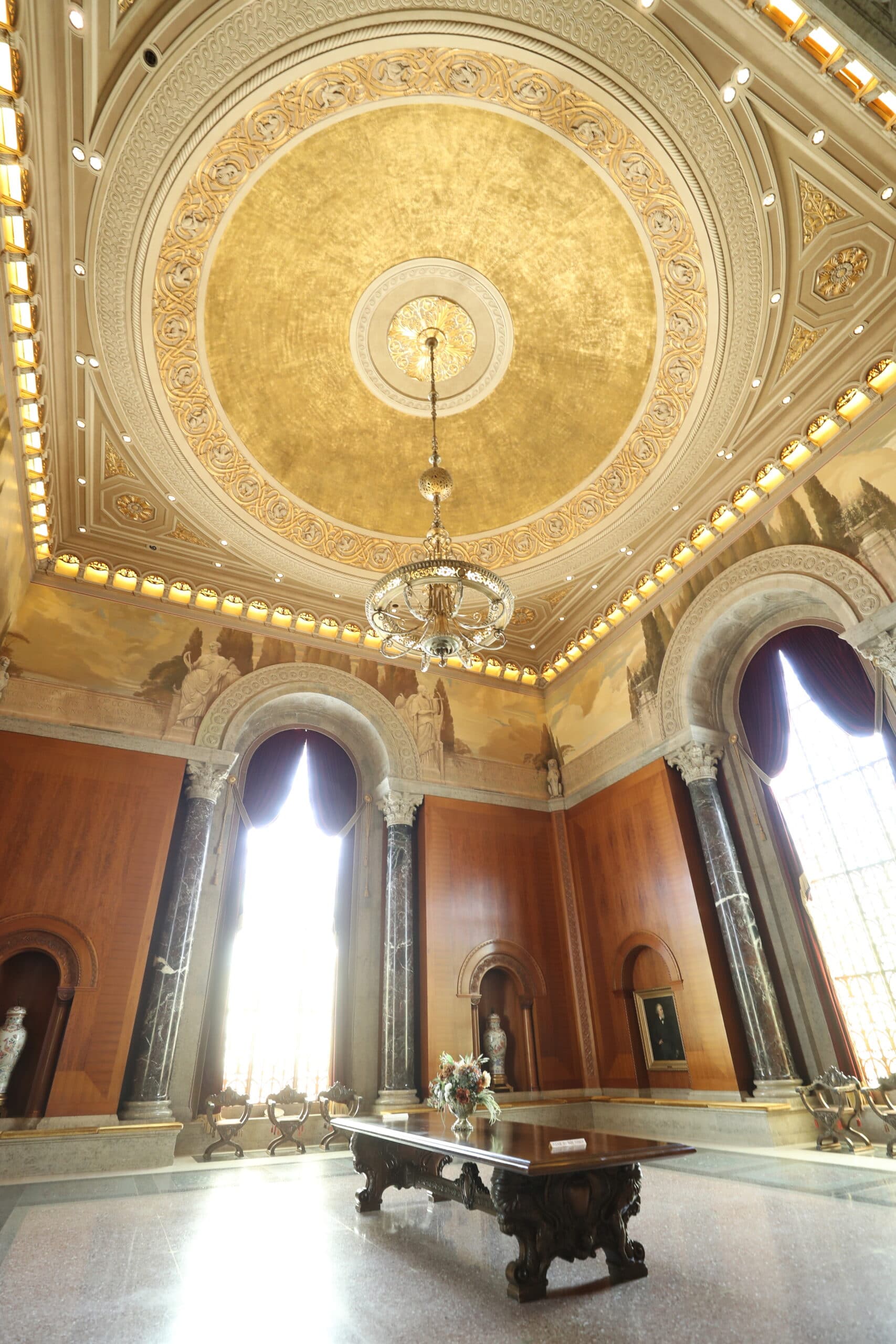 Ah, but a man’s reach should exceed his grasp, or what’s a heaven for?

One man’s dream to honor Robert and Elizabeth Barrett Browning blossomed into a library containing the world’s largest collection of letters and manuscripts by the renowned Victorian poets.

Occupying a three-story Italian Renaissance-style building on the Baylor University campus in Waco, the Armstrong Browning Library and Museum is dedicated to the study and appreciation of the lives and works of the Brownings.

The Armstrong Browning Library and Museum was the vision of Dr. A.J. Armstrong, chairman of Baylor’s English Department from 1912 to 1952. Armstrong greatly admired the poetry of Robert Browning and taught courses on him. On a trip to Italy in 1909, he met the Brownings’ son, Robert Wiedeman Barrett Browning, known as Pen. When Pen died in 1912 without a will, his belongings were auctioned by Sotheby’s in London. Armstrong got a list of buyers, now on display at the library and museum, and began tracking down all the items he could. In 1918, he gave his modest personal collection of Browning materials to Baylor. Over the years the collection grew, and, in a report to Baylor President Pat Neff in 1936, cited by Scott Lewis in his Boundless Life: A Biography of Andrew Joseph Armstrong (2014), Armstrong wrote, “My dream is a Browning Library, and dreams very frequently come true.”

With financial commitments from Baylor and donors, construction on the library and museum began in 1948 and was completed in 1951. Additional funding for the Browning collection and building came from profits from a travel agency run by Armstrong and his wife Mary Maxwell Armstrong, and from ticket sales from performances Armstrong arranged at Baylor by famous actors, musicians and poets, including poets Carl Sandburg and Robert Frost. In a letter to Frost, dated Nov. 4, 1921, and now in the library and museum’s archives, Sandburg wrote:

[I]f you hear anything from A.J. Armstrong at Baylor University, you will make no mistakes about co-operating with him on plans he may have for bringing you south … At Dr. Armstrong’s school they not only read a man’s books before he arrives but they buy them in record-breaking numbers. His interest in you is a sure one and they have a way of looking after you that gets to your heart.

Today, collections have expanded to include books, manuscripts, periodicals, tracts, pamphlets, art and other cultural artifacts on 19th-century literature and culture. The collections attract visiting scholars from around the world pursuing in-residence research and support the teaching and research needs of Baylor faculty and students and the local community. Additionally, the library and museum serves as a cultural venue for the Baylor campus, hosting public lectures, symposia and concerts, and drawing more than 30,000 visitors a year.