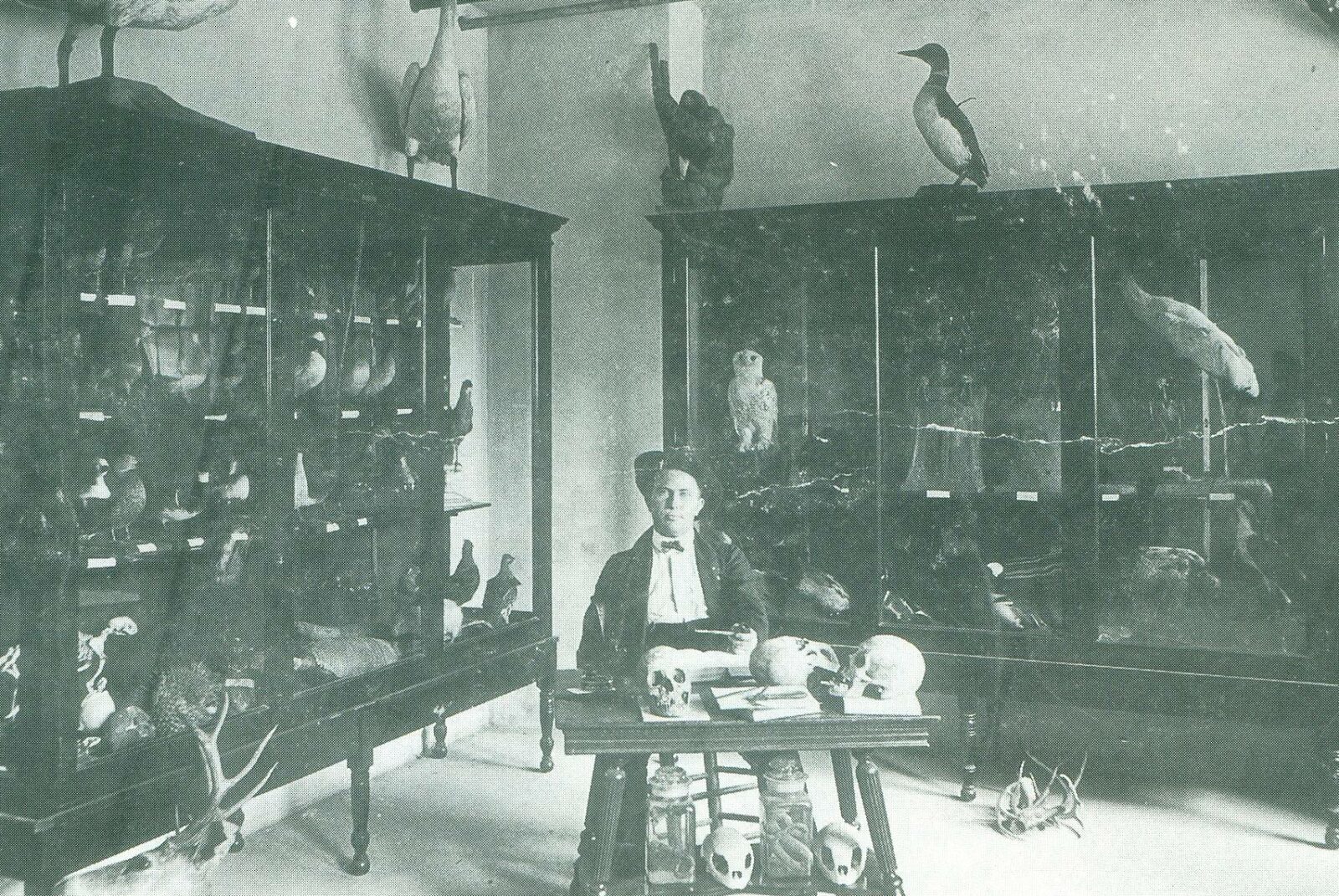 From humble beginnings: former curator of Baylor University Museum, John K. Strecker in 1926 surrounded by specimens that were the foundation for the Mayborn Museum. | Courtesy Mayborn Museum Complex
0 Shares
0

Baylor University’s Mayborn Museum is one of Central Texas’ preeminent scientific and cultural institutions. Located in Waco on University Parks, the Mayborn opened its current building to the public in 2004, but our story began years earlier. In 1893, Baylor University needed a place to store specimens used in science classes; our collection grew out of these specimens and artifacts donated by missionaries on their travels abroad.

Strecker’s education as a naturalist began as a child. Curious by nature, Strecker collected, identified, and preserved birds, reptiles, and most keenly, amphibian species. His desire to understand the nature around him would lead him to write scholarly articles about Central Texas species for regional newspapers. In 1903 at the age of 28, Strecker had impressed his fellow naturalists and was looking to manage a museum collection, and Baylor University was waiting.

As far back as the 1850s, Baylor University professors collected teaching materials to help students understand biology, physics, chemistry, and geology. The paleontology collection contained over 13,500 fossil specimens and over 70% of these are fossils were collected in Texas. The majority are marine invertebrates, such as the oyster Exogyra ponderosa and the sea urchin Heteraster texanus. The collection also includes a 75-million-year-old giant sea turtle, Protostega gigas. Discovered in 1971, it took almost two years to be excavated. The museum obtained the fossilized remains of a Ceraunosuarus brownorum, a marine reptile that swam in the shallow sea that covered central Texas during the Cretaceous Period.

In his role as curator, Strecker organized and cared for the University’s museum collection, enhancing Baylor’s reputation on a worldwide scale. Strecker served as the curator of the Baylor University Museum from 1903 to 1933. In 1940 the museum was renamed the Strecker Museum in his honor.

In 1983, Calvin Smith joined the staff at the Strecker Museum as director. Smith had heard about some mammoth fossils some local teenagers had brought in from a local dig site years before but when he arrived, there were no complete specimens. The community was ready to give up on the dig site when Smith decided to head out to Steinbeck Road himself.  Smith toured the site and soon resumed the volunteer excavations. He suspected they had discovered a Paleoindian mammoth kill site – no such evidence turned up, but as the team unearthed 16 mammoths through the 1980s, a new picture emerged: that of a nursery herd of mammoths that died in a potentially cataclysmic event. Calvin Smith and his team of scientists removed much of the mammoth material from the site to house and research it at the Strecker Museum.

In 2004, the paleontology and geology collections were incorporated into the newly named Mayborn Museum Complex. The foundation laid by numerous museum directors from 1893 to the present helped connect the past to the future. The museum continues to honor their contributions through an exhibit called “Strecker’s Cabinets of Curiosities.”

Since 1893, the Mayborn has expanded its mission to include vibrant programs and hands-on experiences. Today, the Mayborn brings together the resources of discovery rooms and natural science and cultural history galleries, including outdoor exhibits. At the Mayborn, we study prehistory in pursuit of creating a better world-whether we’re analyzing objects in our collection or leading conversations about what these creatures’ environments would have looked like. Our geological and paleontological collections of fossils are world-renowned, drawing researchers from around the globe. We ask big questions, publish groundbreaking research for the scientific community, and craft exhibitions to capture the imagination of a public who shares our passion for science.

Molly Noah is the Marketing Coordinator at the Mayborn Museum Complex in Waco, Texas. She completed her bachelor’s degree in Anthropology and master’s degree in Museum Science at the University of Tulsa and has been working in social media within the museum field for the past four years.