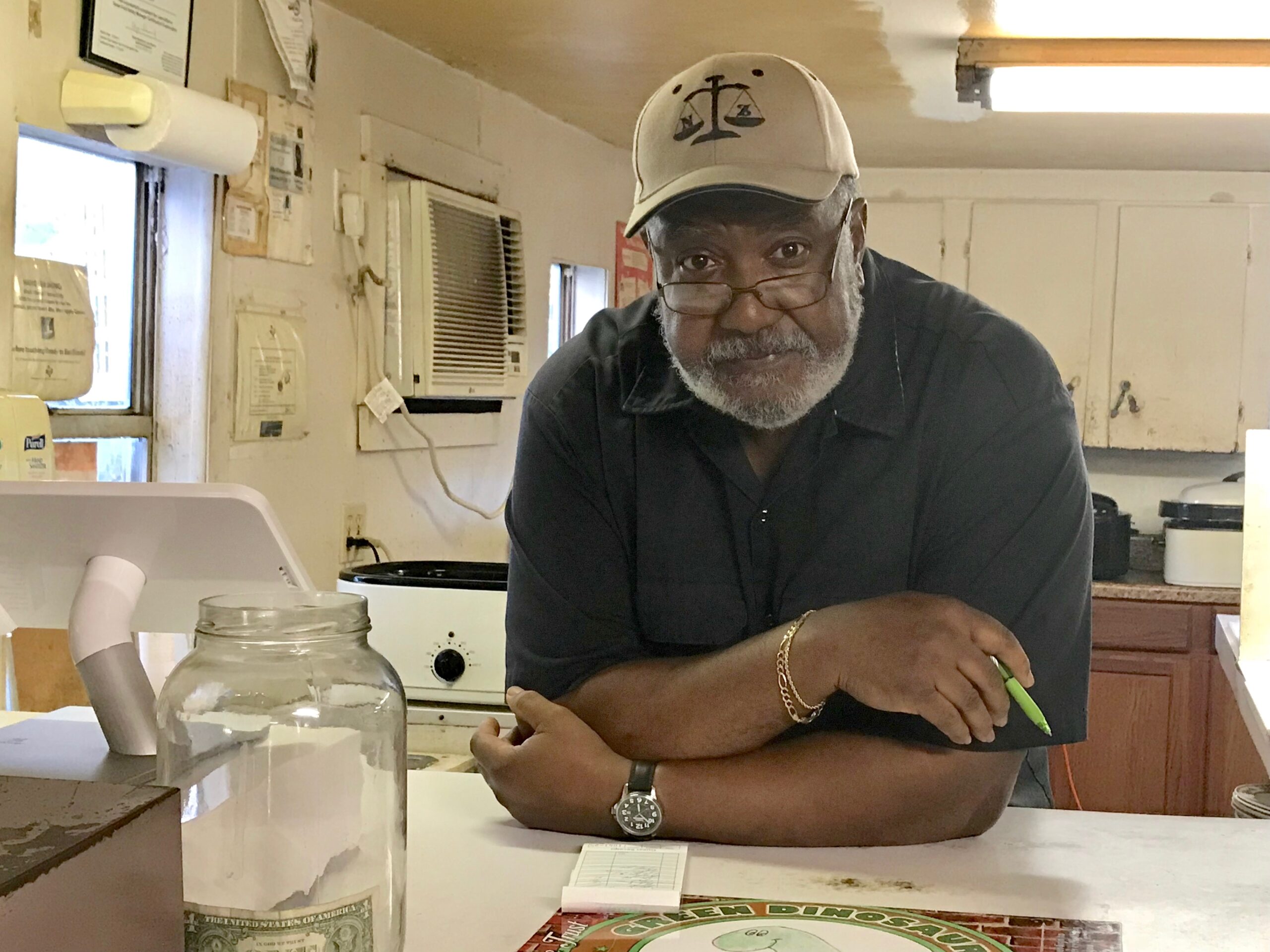 Two-hundred yards from a busy Huntsville intersection, a small wooden shack stands as an odd companion to the old-world splendor of the New Zion Missionary Baptist Church. It would be easy to miss without its hand-painted sign, which bears the word “Barbeque” in large, faded letters. Inside, New Zion head pastor and Church BBQ manager Clinton Edison reclines in a chair behind the counter, jumping up whenever a new customer enters.

Edison runs a tight ship, barking out barbecue orders and ensuring that they’re delivered quickly. It’s hardly surprising to find out he spent seven years as a correctional officer at the city’s massive prison before he felt the call of ecclesiastical life.

It’s difficult to pin down exactly when the Church BBQ opened to the public — there are conflicting accounts — but there’s no question it had been operating for at least a decade when Edison took over as New Zion’s pastor. There’s also no question about who started it: Annie Mae Ward’s picture hangs on a rafter above the checkout counter, and Edison frequently glances toward it as he recounts the restaurant’s history.

It started by chance, Edison says, when some men in the congregation decided to work on the church building. “They just made an outing of it,” he explains, “and Sister Ward made a makeshift barbecue pit.”

Ward placed a refrigerator rack over a foot tub (a miniature metal bathtub designed for washing one’s feet) and began to smoke meat for the men. “She couldn’t prepare her husband’s dinner without people stopping and wanting to know, ‘Are you selling barbecue?’” Edison continues. “That was 50 years ago, and it just started from there. The very next week, they borrowed $50 from the church and started this business.”

No one volunteered to take over the business, and eventually Edison yielded to barbecue devotees’ constant requests and re-opened it himself, careful not to deviate even the slightest bit from the recipes that made Church BBQ so popular.

“We do everything in here exactly the way Sister Ward did it, even the tea,” he says. “You have to come to Church BBQ to get this tea, this old church recipe that Sister Ward came up with.”

Edison attributes the restaurant’s following to word of mouth. “Nowadays,” he says, “there’s several restaurants, and everybody’s got a barbecue. Everybody cooks meat. This restaurant is run on its past success, so that’s it. It’s run on past success.”

Cynthia Archie is a retired nurse who works at the restaurant because she thought it would be a good excuse to get out of the house and be active. She’s related to the late May Archie by marriage, and she has a different opinion on the reason behind Church BBQ’s popularity: “Good holy-smoked barbecue.” She laughs. “That’s the name of it. Everything is done from scratch.”

Ryan Griffith, an avid student of history, is a senior public relations major at Baylor.