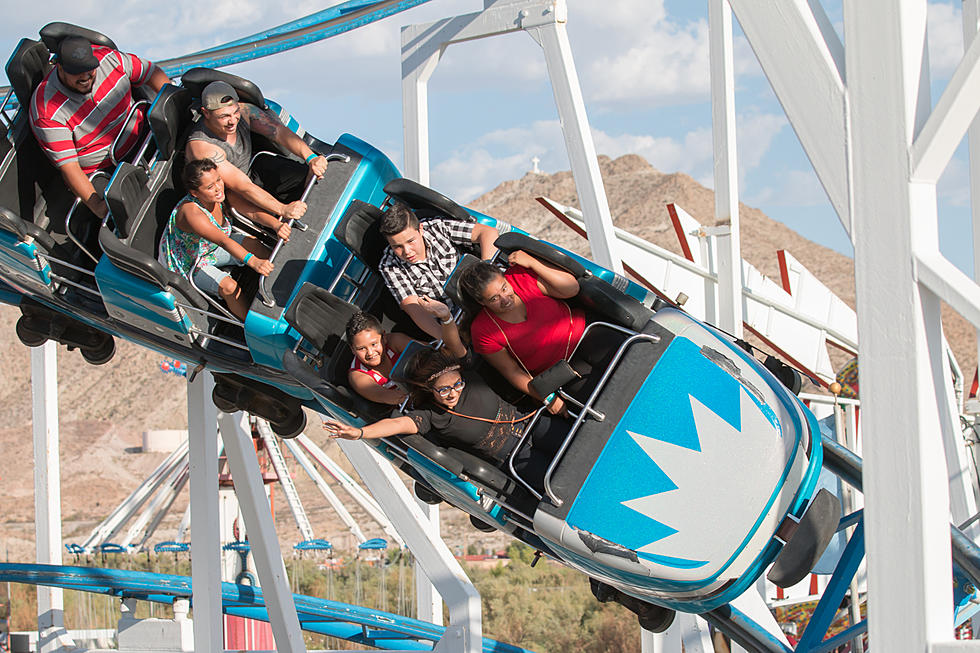 Swinging for the Fences

Whether you’re young, old or somewhere in between, amusement parks are an enjoyable place to pass the hours — especially with the family. The loops, swoops and twirls of rides elicit smiles and laughter, which can become memories to last a lifetime.

The amusement parks featured here have been Texas staples since they opened — and have provided wholesome entertainment for generations. “It reminds me of a traveling carnival,” says Mario Kato, a patron of El Paso’s Western Playland. “But in a permanent location.”

The old-timey, circus-like feel of these historic parks provides a unique experience, so why not hop in a car this summer and take a road trip to some of these entertainment icons? See the beautiful sights Texas has to offer, and buckle up for some wild rides and Lone Star State history along the way.

If you want to enjoy a classic day at an amusement park while experiencing some Americana, Kiddie Park in San Antonio is a mustdo. Opening in 1925, it’s the oldest children’s amusement park in the country. The park is like taking a time machine back to the 1920s by maintaining all of its original rides, old-fashioned Ferris wheel and antiquated, hand-carved carousel. The affordability is another draw of Kiddie Park, with an Unlimited Ride Band — good for the entire day — costing $13; and parents ride free with a paying child on some rides. Want an extra deal? Come on Wednesdays, where the Unlimited band is $11.25. So if you’re planning on visiting San Antonio, make it out to Kiddie Park and enjoy a historic, fun-filled day.

What if one of your children wants to play mini golf, the other wants to go to an amusement park, and it’s a hot Texas day so you wouldn’t mind a dip in the pool? Pack up and take the family to Sandy Lake Amusement Park in Carrollton. They’ve got it all, so you don’t have to decide! With more than 20 rides, mini golf, paddle boats and arcade games, there’s surely something for every family member. And be sure to check out the Texas-sized swimming pool that the owners claim is one of the biggest in the area. A community staple in the Dallas area since 1972, Sandy Lake is family owned and operated, and has been recognized nationally as one of the finest traditional American parks — fun, safe and affordable.

Originally located in El Paso, Western Playland still counts as a West Texas adventure for the family. After a disagreement over expansion efforts, the owners ultimately moved the park just across the Texas border — to Sunland Park, N.M. — on the western edge of El Paso in 2006, saying relocation was necessary or they might have to close. Still a go-to location for El Pasoans and Texans in the surrounding area, its success after relocation from original Ascarate Park attests to the timeless enjoyment of Western Playland. For a price tag of $5 admission and $2.50 per ride, visitors can enjoy the 1960s amusement park that has a bit of historical Texas feuding mixed in.

The Texas Panhandle is known for wide open spaces and tumbleweeds, but more than 65 years ago Paul and Alethea Roads saw some barren land on the outskirts of town and decided to create a place where families can go and enjoy time together. On Aug. 12, 1951, Wonderland Park — then named Kiddie Land — opened its doors. The park is proud that it’s kept the operation in the household, what with its fourth-generation lineage committed to fun, safety and cleanliness for its 200,000 annual visitors. Wonderland has plenty to offer: roller coasters and thrill rides, family classics like bumper cars, mini golf, water rides and many more games and attractions. A day at the iconic Panhandle landmark is a day well spent with the family.