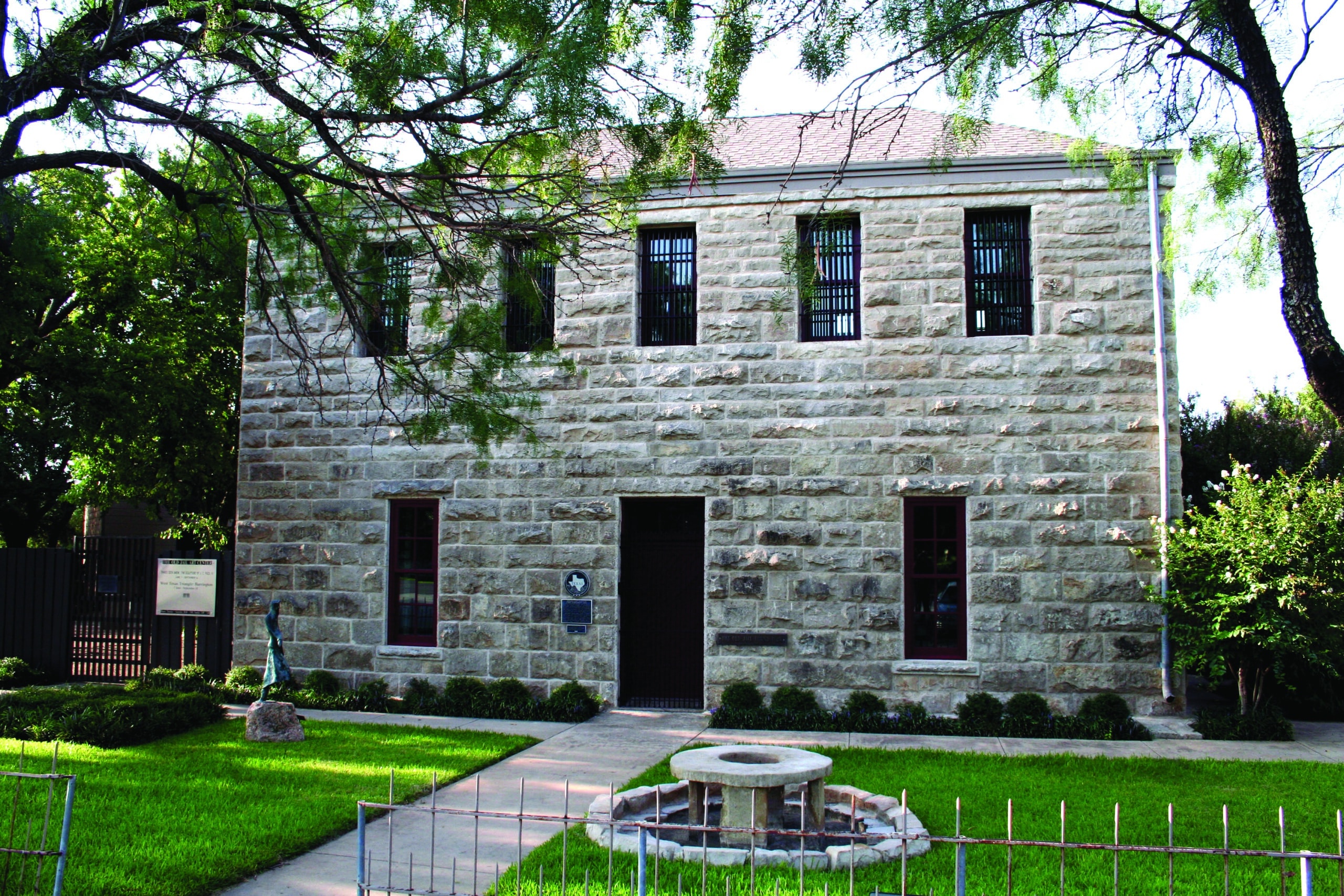 Today, the Old Jail Art Center in Albany is known for names like Pablo Picasso, Paul Klee, Amedeo Modigliani, Grant Wood, and other famed artists whose works are on display.

But in its previous life as Shackelford County’s first permanent jail, the structure was known for other names, or more specifically for initials and marks which gave it the nickname, “the alphabet jail.” Those initials and symbols were carved into the limestone blocks by the Scottish stonemasons who built the jail, which opened in 1878. The “M” and “E” engraved in the stone blocks are known to be the initials of stonemasons named “McGuire” and “Emery,” according to the OJAC’s website. An “X” and a triangle are believed to be the marks of illiterate stonemasons.

A full name can be found scratched into the east wall of the upper east room of the jail building. It was that of John Hayden, who was born in Albany in 1899. He was indicted on June 8, 1923, at the age of 24 for assault with intent to murder. “John remained in the ‘old’ jail’ for 18 months, came to trial, and was found not guilty,” according to information from Molly Sauder, archivist and librarian for the center.

Other names associated with the old jail–but not etched into stone–are those of the sheriffs charged with keeping the peace while the jail was in use. And that was more than a full-time job. According to information from the Texas Historical Commission, the nearby town of Fort Griffin, also known as The Flats or Hide Town, “was considered one of the West’s five wildest towns with streets thronging with soldiers, buffalo hunters, drovers, gamblers, saloon girls, surveyors, outlaws, clerks, merchants and ranchers.”

In 1940, Robert E. Nail Jr, author of the lively “Fort Griffin Fandangle” outdoor pageant, bought the old jail building for $25 and later purchased the land it stood on for $325. It wasn’t until 1980 that the Old Jail Art Center (OJAC) opened with four collections.

From the original $9,000 jail – a price tag that outraged taxpayers – to today’s art center that is among a select group of museums to be accredited by the American Alliance of Museums, the OJAC is a treasure on the West Texas prairie.

Strolling through the OJAC’s 17,000 square feet of exhibition and educational space, visitors can get lost in the magical world of Picasso, Modigliani, Wood, and many other artists. But history buffs can also get lost in the world of “M” and “E” or maybe even John Hayden.

All it takes is a little imagination.