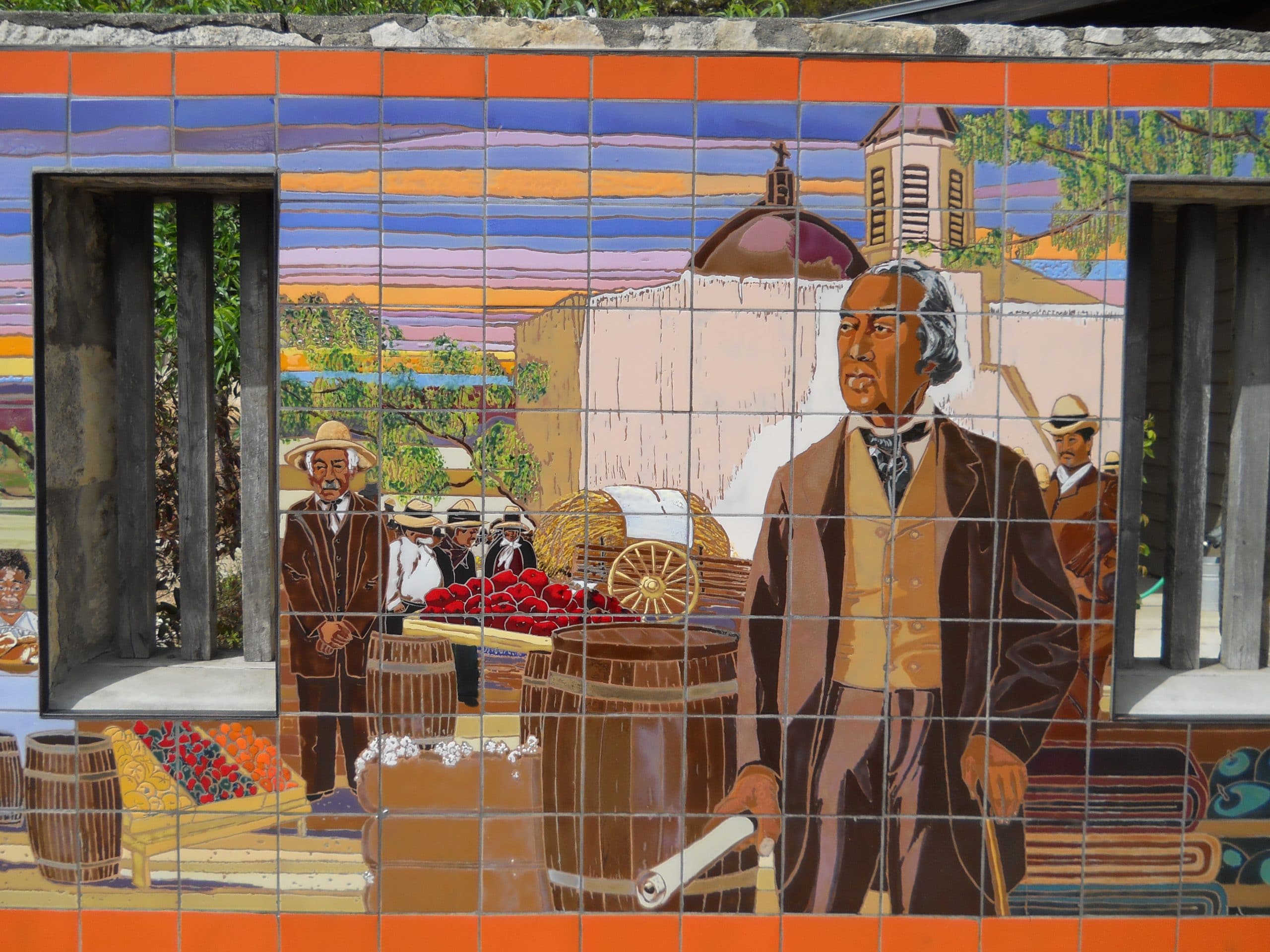 San Jacinto: The Battle and the Monument

It’s a somewhat-hard-to-find oasis in the shadow of downtown San Antonio, but those who do locate the Casa Navarro State Historic Site enrich themselves with knowledge of an important chapter of the Texas story.

The site celebrates the life and legacy of José Antonio Navarro, a rancher, merchant and one of two native-born Texans to sign the Texas Declaration of Independence. “It’s off the beaten path for most tourists,” said Georgia Ruiz Davis, site manager since 2013. “So, most people either look us up ahead of time and find us on purpose or happen upon us by accident.”

Three bright, white adobe and limestone buildings totaling some 3,500 square feet – the main house, a separate kitchen building and a two-story mercantile – comprise the quarter-acre complex at Nueva and Laredo streets. What really stands out is a colorful ceramic tile mural by noted San Antonio artist Jesse Treviño on the exterior of the south wall.

“Most of our visitors are tourists from somewhere other than San Antonio,” Davis said. “In the winter months, we get visitors from outside Texas. I love it when it’s cold and blustery, and visitors from Wisconsin, Minnesota and the Dakotas breeze in like it’s just a crisp fall day.”

The Casa also welcomes school groups, thanks to help from the Friends of Casa Navarro support organization. They provide a bus-fee reimbursement program for local school districts so 4th and 7th graders can tour the site. Drop-in visitors take self-guided tours averaging 45 minutes and including videos in the exhibit areas.

“Of our three structures, the kitchen building is a visitor favorite,” Davis said. “Kids love it because we have a lot of fake food they can play with, and there’s a long table with benches where they can sit and pretend. Just outside the back porch is a garden in which we grow vegetables for use in our educational programs.”

The well-maintained buildings provide peeks into what Navarro’s life may have been like. He’s credited not only with helping Texas gain its independence from Mexico, but also with directly benefitting the lives of other Tejanos, or Texans of Hispanic descent. His former residence offers a further glimpse of the neighborhood that used to exist there – Laredito, or Little Laredo – up through the 1950s.

The transition from residential property to state historic site began in the 1960s when the San Antonio Conservation Society acquired it from a private owner. After much-needed restoration, the Casa opened to the public in 1964. In the mid-1970s, the State of Texas purchased the site and ultimately transferred it to the Texas Historical Commission on Jan. 1, 2008. Casa Navarro earned a Texas State Historic Landmark designation in 1962, a spot on the National Register of historic Places in 1972 and recognition as a National Historic Landmark in 2016.

Casa Navarro, like all public spaces, has faced challenges wrought by the COVID-19 health emergency. It was forced to close not only because of the pandemic, but also due to nearby construction. This includes demolition of the old Bexar County jail to make way for a new federal courthouse and a major restoration project along San Pedro Creek. In the meantime, Casa staffers are creating online webinars and Facebook tutorials for interested “visitors.”

When construction concludes, Casa Navarro might very well see a boost in visitation because it complements other San Antonio historical locales like the five Spanish missions that comprise a UNESCO World Heritage Site, so designated in 2015.

“Casa Navarro is truly an important site, not just because of the contributions made by Navarro,” Davis said. “There are so few structures dedicated to the Tejano experience that Casa Navarro is increasingly important in the experience we offer visitors and the stories we tell.”